LTC Larry T. Lindsay is the Commander of the 240th Forward Surgical Team.

LTC Lindsay’s career began as an enlisted Combat Medic, where he served as a company medic up to Medical Platoon Sergeant for the 1/187th Rakasaans in the 101st Airborne Division. He completed the Army Physician Assistant Program in 1997 and was commissioned as an Army Medical Specialist Corps Officer and Physician Assistant. He was then assigned to 1/14 CAV in the 1st Stryker BDE at Fort Lewis, Washington.  While assigned to Fort Lewis, LTC Lindsay was a driving force in the development and implementation of the Health Service Support Plan for the 1st Stryker BDE. His tenure in the 1st Stryker BDE spanned inception, fielding, accreditation and deployment to OIF in 2003 through 2004. Prior to deployment to OIF 2003, LTC Lindsay was selected to attend the Emergency Medicine Physician Assistant residency but was approved to delay his residency date to deploy with the 1/14th CAV.  LTC Lindsay was instrumental in the transition of 91Ws to 68Ws in 1/14 CAV.  In addition, he instituted the Ranger First Responder Course into the Combat Lifesaver Course to ensure every squad and vehicle had highly trained first responders prior to deployment to OIF.  Identifying a shortfall in medic training, he coordinated for all Stryker Medics to attend the Operational and Emergency Medical Skills Course (OEMS), which provides training in austere environment combat medicine.  He developed and implemented the first IFAK type pouch for all Soldiers in 1/14 CAV, which was issued to all personnel who deployed with the 1st Stryker BDE to OIF in 2003. During this deployment, LTC Lindsay performed duties at both Role 1 and 2 facilities in support of the 1st Stryker BDE.

Over the last three years at Army EMS, LTC Lindsay has brought maturity of judgment and extensive experience to bear on those issues most critical to the success of our mission.  His ability to identify needs and refine existing strategies speaks volumes to his competence as a clinician and underscores his role as a dynamic and successful leader. As Chief of Pre-Hospital Programs, LTC Lindsay was responsible for the readiness sustainment of over 40,000 medics; which introduced lessons learned and evidence based medicine that directly impacted pre-hospital care in combat and garrison operations.  Through his many 68W training site visits, LTC Lindsay increased training efficiency assisting multiple agencies to introduce a higher degree of realism into their training methods.  LTC Lindsay was sought after as an educator and routinely presented on numerous topics to the Interservice Physician Assistant Program, BOLC, CCC, and Critical Care Flight Paramedic sustainment courses.  In addition to his formidable pre-hospital and clinical knowledge and battle-proven technical expertise, LTC Lindsay has demonstrated expertise of civilian pre-hospital care and standards of education from the National Registry of Emergency Medical Technicians.  He has been actively involved in the Army’s Critical Care Flight Paramedic Program with development and planning of the sustainment aspect.

As a leader, LTC Lindsay is unsurpassed.  His leadership is a driving force for the development of the “Future Enhanced Combat Medic” concept and will lead the “Next Generation” of Combat Medics with superior training and equipment.  He is versatile, mission focused, and his influence reaches beyond the AMEDD and Army.

Acknowledgments: This biography was written by LTC Amelia Duran-Stanton, MAJ Patrick Walsh, and LTC Larry Lindsay and was submitted to the Society in September 2017. Photographs are courtesy of LTC Lindsay. 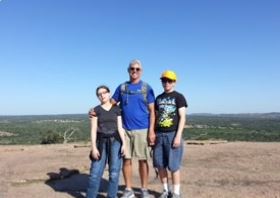 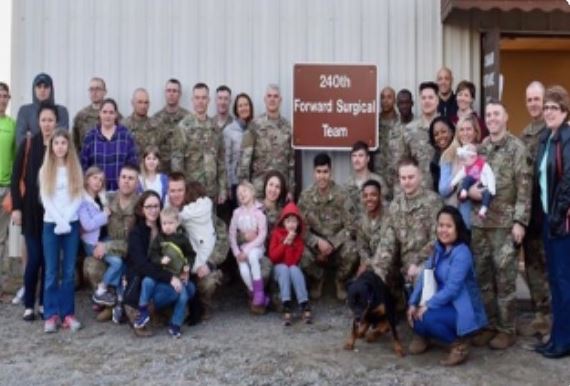 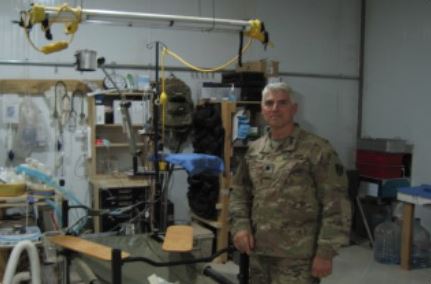