MAJ(R) Saibatu Mansaray is currently a senior executive  service (SES)  with the Office of National Drug Control Policy where she is the Assistant     Director for Public Health, Education and Treatment Task Force in support of combating the opioid crisis.

Mansaray enlisted in the US Army in October 1994 after moving to the United States from Sierra Leone, West Africa.  Upon completion of Basic Training, Advanced Individual Training and the Basic Airborne Course, she started her military career in the 82D Airborne Division where she became a Senior Rated Jumpmaster and then transferred to the 4th Psychological Operations Group (PSYOP GRP) prior to being accepted to the Interservice Physician Assistant Program (IPAP) Class 02-03. She was commissioned as a Second Lieutenant and  deployed a few months later with 4ID in support of Operation Iraqi Freedom. During this deployment, Mansaray earned her Combat Medical Badge  treating   patients under enemy fire in Tarmiyah, Iraq.

Mansaray returned to Fort Bragg  as the 37th Engineer Battalion (Combat, Airborne) PA where she designed the battalion’s mass casualty plan, served as a primary jumpmaster on airborne operations and provided medical coverage on the drop zone.

Her next assignment was in Fort Benning, Georgia with  the 3rd Heavy Combat Brigade,  3ID where she deployed in support of Operation New Dawn.

Mansaray’s subsequent assignments were at the White House Medical Unit where she served as a Tactical Medical Officer and  the first female Army PA then later as the Director of Operations. During these assignments, she planned, coordinated and executed medical advances and developed medical contingency plans for President Obama, Vice President Biden and their families. She was selected to serve as the Army Military Aide to Vice President Biden followed by senior Military Aide to Vice President Pence. Mansaray has been the only medical officer to serve as a military aide at the White House thus far. She has been to 42 countries and 40 states in      support of two administrations.

After 23 years of service, Mansaray retired from the Army in 2017 and shortly thereafter the Office of the Vice President called her back to start her  career as a civilian serving as the Director of Advance for Vice President Pence prior to her current position. 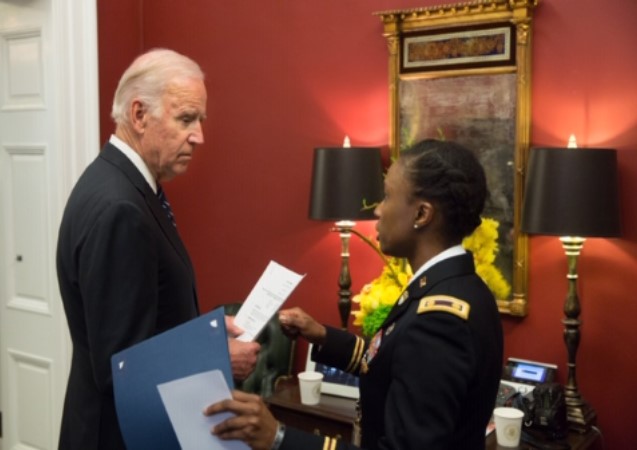 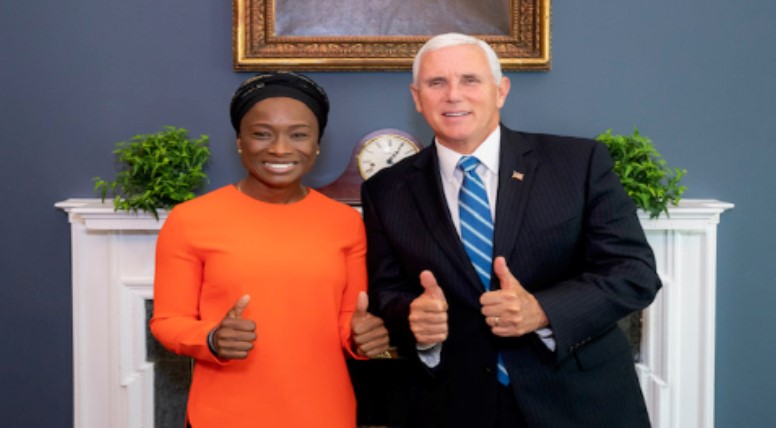 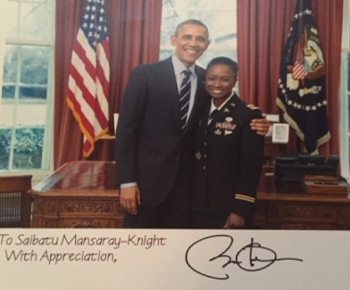 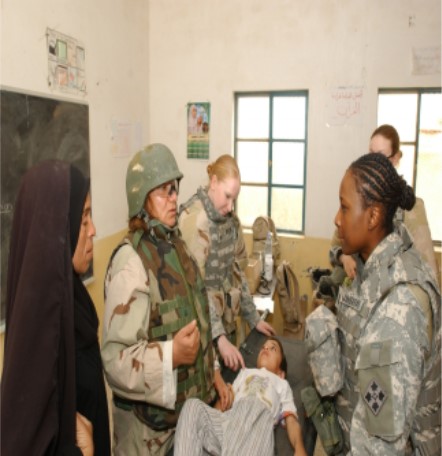