Bill Marquardt (1945 – ) was President of the American Academy of Physician Assistants during the AAPA’s 25th Anniversary year in 1992-1993. Prior to that, he served as a Director-at-Large and two, two-year terms as Secretary.

During his twenty-four year military career, Mr. Marquardt served as an Air Force pharmacy technician for eight years prior to being accepted for PA training in 1974. He completed his didactic instruction at the USAF School of Health Sciences at Sheppard AFB in Texas, and his clinical training at Davis-Monthan AFB in Arizona. Mr. Marquardt graduated from the University of Nebraska Medical Center, College of Medicine with a Bachelors Degree as a Physician Assistant in 1976. He earned a Masters Degree in Health Care Administration from Central Michigan University in that year. Serving as an enlisted PA for the initial 18 months of service, he received his commission on the same day Air Force PAs were made a part of the Biomedical Sciences Corp in 1978. His subsequent assignments as a PA included postings at Bolling AFB, DC, the Pentagon, and as an Instructor Supervisor at the Air Force’s PA training program from 1984-1986. He retired with the rank of Major in 1989.

Mr. Marquardt is currently an Associate Professor and Associate Dean for Physician Assistant Education at Nova Southeastern University (NSU) in Fort Lauderdale, Florida. He is responsible for the overall supervision of NSU PA training programs on the four Florida campuses. Joining the faculty in 2002, he served for six years as Chair of the PA Department on the Ft. Lauderdale campus before assuming his current position. Mr. Marquardt also served as Director of Clinical Education at the Shenandoah University Physician Assistant Program in Winchester, Virginia and was Director of the Clinical Curriculum at the George Washington University Physician Assistant Program. Prior to his full-time involvement with PA education, he was the Clinic Director for the Department of Neurology at the George Washington University Medical Center. 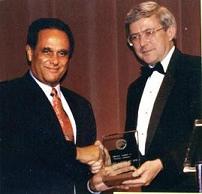