Stephen Nunn, MPAS, PA-C, DFAAPA, started his life of service to the PA profession as president of the Student Academy of the American Academy of PAs (SAAAPA). He then would return to serve on the AAPA Board of Directors and on the AAPA House of Delegates. He was a founding member of both the Association of PAs in OB/GYN (APAOG) and the American College of Clinicians (ACA). Clinically he has worked mainly in the fields of obstetrics, gynecology, and infertility and was part of the first successful in vitro fertilization program in Arizona.

Stephen Nunn graduated in 1971 with a Bachelor of Science in Biology from Northern Arizona University in Flagstaff, AZ. He then began a Master of Science Program at the University of Arizona, Tucson, AZ, but left the program to attend PA school.

In 1978, Nunn graduated from the Bowman Gray School of Medicine PA Program (now Wake Forest University) in Winston-Salem, North Carolina. Upon graduation, he was awarded the James F. Wilson Memorial Award presented to “the student showing greatest aptitude and devotion to his profession”. He later graduated from the University of Nebraska Master of PA Studies Program in Omaha, NE in 2002.

Nunn has worked clinically in numerous fields of practice in Arizona since his graduation from PA school. He has been the president of HealthCare Associates, Inc. in Phoenix, AZ, from 1981 to the present. He has been a consultant and investigator for Hill Top Research, Inc, in Scottsdale, AZ since 1990. He has also worked as a PA at Tutera Medical, LLC in Scottsdale, AZ, since 2007. He has been the Associate Medical Director there since 2015.  He has been the Director of Education and Training for SottoPelle (bioidentical hormone therapy using subdermal pellets) since 2015. He trains and consults with providers internationally.

Nunn has been a PA educator since 1997, when he was an adjunct faculty member at both the Midwestern School of Medicine’s PA program in Glendale, AZ, and the Arizona School of Health Sciences Department of Physician Assistant Studies, Mesa, AZ. In 2001, he became an assistant professor with the Arizona School of Health Science’s program and was the Director of the Advanced Physician Assistant Program which was a pathway for an online Master’s degree for postgraduate PAs.

Nunn has been a member of the American Academy of PAs (AAPA) since 1976. He was the president of the Student Academy of the AAPA in 1978 and then a member of the board of directors from 1983-1985. He then became a member of the AAPA House of Delegates from 1978 to 1998. He was the 2nd Vice Speaker of the house from 1987-1990 and 1st Vice Speaker from 1990-1992. He received the House of Delegates 1995 Outstanding Service Award. He was a graduate advisor for the SAAAPA from 1993 to 1997. He was also the first PA member appointed to the AMA’s Council on the Accreditation of Health Care Education.

He has been a member of the Arizona State Association of PAs (ASAPA) since 1978. He has served on their board of directors from 1979-1981 and 1983-1986. He was president of the organization in 1981 and has served as chairman of the Ethics and Grievances Committee from 1994-2004. He was a charter member of the American College of Clinicians and of the Association of Physician Assistants in OB/GYN.

Nunn has received numerous awards and recognitions in his career, such as the Arizona State Association of PA’s Presidential Award which he was awarded in 1983 for his contributions as chairman of the Legislative and Legal Affairs Committee. He was honored with the Arizona School of Health Sciences’ Technology Award in 2001.

Nunn has been a volunteer with the Special Olympics of Arizona since 1980. He was given an Award of Appreciation from the Special Olympics National Committee for performing physical examinations and providing medical care at their events from 1978 to 1986. In his free time, he enjoys boating at Lake Powell, golf, carpentry, and auto mechanics. He keeps taking his 1969 Porsche 991 apart and putting it back together but doesn’t have enough left-over spare parts to have 2 of them yet.

Acknowledgments: This biography was prepared by PA History Society Staff with the assistance of Mr. Nunn. It was submitted to the Society in October 2022. Photographs are from the Physician Assistant History Society’s Photographic Collection. 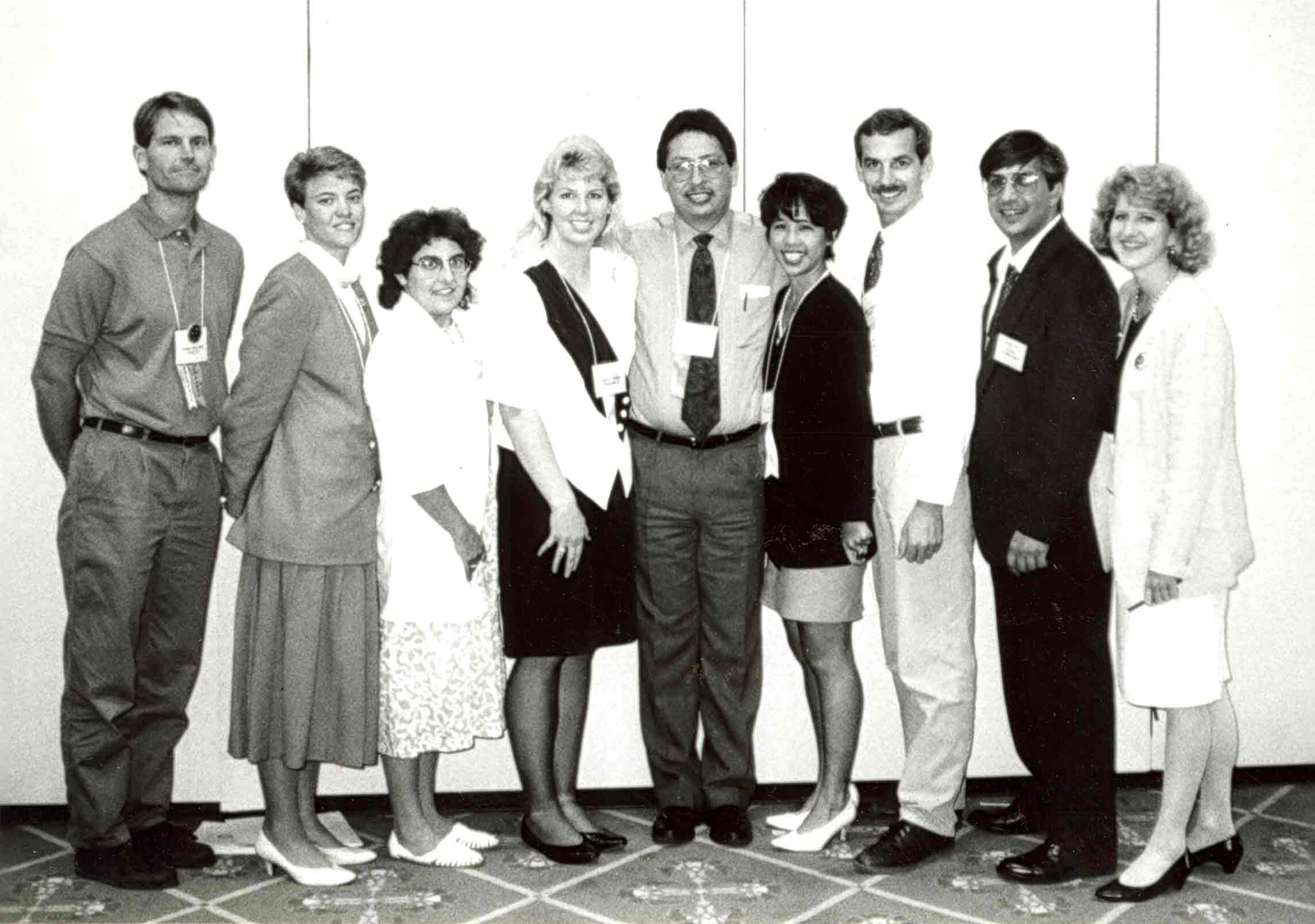 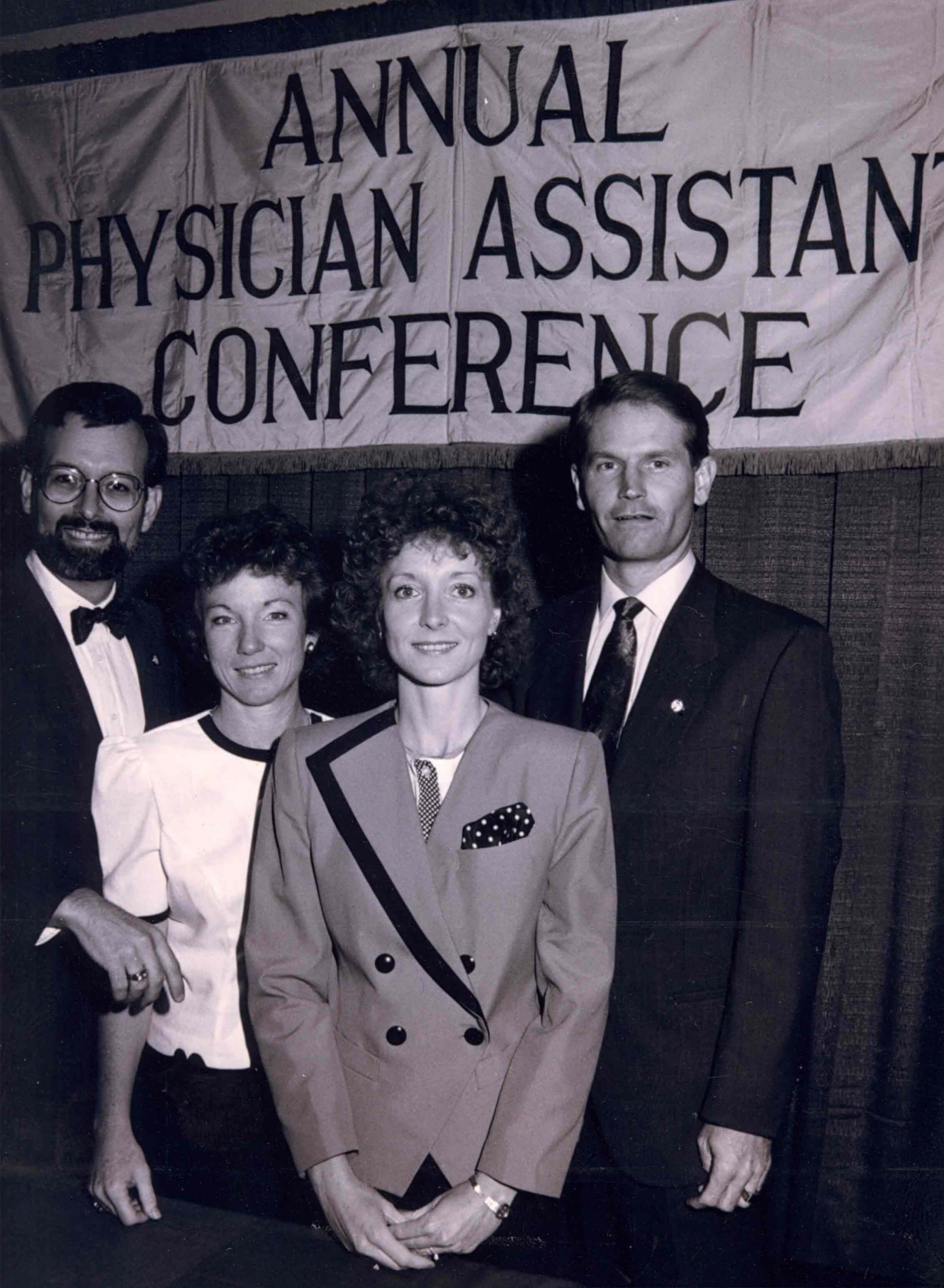