Gloria Stewart, Ed.D, PA, has influenced students and helped set standards for PA programs across the nation. With more than 40 years in education, she has dedicated herself to physician assistant education as a PA program director and helped launch several PA programs while also working with the Accreditation Review Commission on Education for the Physician Assistant (ARC-PA), the Association of Physician Assistant Programs (APAP) and the NCCPA. She received her degree in Secondary Education in 1970 and began her professional career as an Instructor of Physical Education while working on an advanced degree from Springfield College. As she was teaching and coaching at Alderson-Broaddus College she became interested in the physician assistant profession and went on to acquire her degree from the PA Program at Alderson-Broaddus. Dr. Stewart has practiced as a physician assistant in primary care, general surgery and orthopedic surgery. In 1995, she received her Doctorate of Education from West Virginia University. She was hired as the Chair/Program Director at the University of South Dakota and began her work with APAP and as a PA program Site Evaluator for the ARC-PA. She served on the board of directors of APAP from 1999-2002 and as president from 2000-2001. She was commissioner for the ARC-PA from 2002-2008 and Chair in 2006-2007. She became the founding director of the PA program at Marietta College from 2001-2007 and following a year in Boston she returned to Marietta College as Chair/Program Director from 2008-2013.

Dr. Stewart has contributed to the national certification exam, PANCE and PANRE, as a test item writer and committee member. She has authored articles for professional journals, topics in the Primary Care Review Book and spoken on various topics to PA professional organizations. She was awarded the Distinguished Alumnus Award from Alderson-Broaddus College in 1993 and honored with the President’s Award in 2001 from the Association of Physician Assistant Programs. Other honors include: membership in Phi Kappa Phi honor society in 1994, the Allied Health Professions National Honor Society, Alpha Eta 2007, the National Leadership Honor Society of Omicron Delta Kappa and the Community Service Recognition Award, Marietta College, 2012.

Mentoring and influencing students has been a life-long commitment for Gloria Stewart. With her dedication to education and passion for the physician assistant profession, Dr. Stewart has helped build a distinctive student experience. Her work has enabled students the opportunity to capitalize on their strengths and maximize their skills through enhanced student engagement and learning expectations. In 2014, she rejoins the PA History Society as a Trustee. 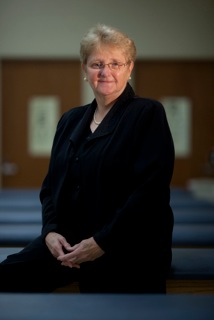