A native of Philadelphia, Pennsylvania, Dr. Richard C. Vause Jr., is the first born of a Philadelphia police officer and a talented seamstress and homemaker.  Education being paramount in the family philosophy, he received his elementary and secondary education in the Philadelphia Catholic School System.  Dr. Vause became excited about medicine as a summer nursing aide at the Philadelphia VA Hospital, where he worked on the orthopedic ward caring for veterans of the Vietnam Conflict.  He received his initial B.S. in Biology from St. Joseph’s University in 1974 and went into medical research on an NIH grant at Philadelphia General Hospital (PGH).  While at PGH he learned of the physician assistant program at Hahnemann University and Medical School (now Drexel University).  With the encouragement of his primary care physician, he entered the program in 1976, graduating in 1978 with a B.S.P.A. He received an M.P.A.S. from the University of Nebraska Medical Center in 2000, and a Doctor of Health Science (D.H.Sc.) from Nova Southeastern University (NSU) in 2004.  After graduation from Hahnemann, he worked in multiple clinical settings in and around the Philadelphia Metro area in Hospital Medicine, Mental Health, Drug and Alcohol Rehabilitation and ultimately, in 1985, completed an Orthopedic Surgery and Sports Medicine residence for PAs.

In 1982, he joined the Pennsylvania Army Reserve National Guard (PAARNG) as a weekend warrior, and served with the 108th Combat Support Hospital, as a Warrant Officer until 1985.  In February 1985, he entered active duty with the PAARNG and was sent to Fort Rucker, Alabama to complete the Army Flight Surgeon Course, earning his wings as an Aeromedical Physician Assistant.  Chief Warrant Officer II Vause, then served with the Eastern ARNG Aviation Training Site (EAATS), Fort Indiantown Gap, PA, in the Aeromedical Services Branch as the Assistant Branch Chief until August 1990, when he was given the opportunity to transfer to the Commissioned Corps of the United States Public Health Service (USPHS), where he was commissioned a Lieutenant/03 on September 1, 1990

Initially assigned as a staff PA with the Federal Bureau of Prisons (BOP), he reported to the Metropolitan Correctional Center in New York City.  Over the next two years, he would become the Senior Supervising PA, and Assistant Health Services Administrator in New York, and be promoted to Commander/05 (CDR).  In 1993, he was transferred to the BOP, Central Office in Washington, D.C. serving as a medical recruiter and the lead PA recruiter.  In February 1994, he was appointed Chief PA for the BOP and served in this position until May of 1998.  Having completed his tour of duty as Chief PA, CDR Vause transferred to the Health Resources & Services Administration, Bureau of Health Professions, Division of Health Professions Diversity. Initially assigned as a Project Officer/Public Health Analyst, he provided oversight for a portfolio of 24 Health Careers Opportunity Program grants (HCOP) at colleges and universities across the country.  July 1, 1998, he was promoted to Captain/06 (CAPT) with the distinction of being one of the first PAs in the uniformed services ever to achieve that rank.

In February of 1999, he became the (HCOP) Section Chief, and in September of 1999, the Chief for Program Operations Branch, which included not only the HCOP, but the Centers of Excellence, and the Minority Faculty Fellowship Programs.

CAPT Vause’s HRSA responsibilities included overseeing multiple grant programs, conducting grant writing seminars and technical assistance workshops.  He also served as grant peer reviewer and chaired multiple Peer Review Committees. He is the principal author of the Comprehensive Approach, that is now part of Title VII of the Public Health Act.  In October, of that same year, he was named the first commanding officer of the newly formed Surgeon General’s Honor Cadre (a position he held until he retired), by Admiral David Satcher, the 16th Surgeon General of the U.S. and Assistant Secretary for Health.

In August 2000, he transferred to the Office of Field Operations, Northeast Cluster, in Philadelphia, to serve as the Health Professions Consultant to the Cluster Director. Additionally, he led review teams that conducted sites visits on HRSA grantees to insure compliance with HRSA requirements and was the regional Federal Tort Claims Coordinator.  During this period, he also earned his Doctor of Health Science From NSU.  He retired from the USPHS as the senior ranking PA in March 2005.

After retiring, Dr. Vause, became the Clinical Director for the Nova Southeastern University PA program Naples, Florida Campus, transitioning to the Academic Director position the following year.  He served in this position until the end of August 2009.

In September 2009, Dr. Vause became the PA Program Director, Associate Dean for Program Development, and Associate Professor, at Salus University, in Elkins Park, Pennsylvania. He remained at Salus University until August 2016 when he made the decision to return to full time clinical practice and accepted a position in Family Medicine, in Henderson, Nevada. In May 2018, he accepted a position with MedExpress Urgent Care, in Las Vegas, NV, and became a platform traveler for MedExpress providing coverage in multiple states where he holds current licenses as a Physician Assistant.

Dr. Vause retired from active practice in May 2021.  He and his wife MarLee (also a retired PA and former HOD officer and Board member of the AAPA), split their time between homes in Las Vegas, NV and Island Park, Idaho.  His daughter Rayna is a PA living and practicing in Florida, and step-son Todd and his wife are in St. Louis working for the VA Hospital System.

He served many years in the House of Delegates (HOD) of the American Academy of Physician Assistants (AAPA), eight years as Chief delegate of the PHS Academy of PAs (PHSAPA).  He also served two terms as President of the PHSAPA.  Dr. Vause was twice elected to the Nominating Committee of the HOD, and additionally served on the Public Education Committee and the Conference Education Planning Committee of the AAPA.

He is the 1994 Veteran’s Caucus of the AAPA, Uniformed Services PA of the Year, the 2001 AAPA Federal Services Paragon Award winner, 2016 PHS Retired Officer of the Year recipient, a Distinguished Fellow of the AAPA, a Life Member of the Society of Army PAs, Honorary Member of the PHSAPA, a Fellow of the College of Physicians of Philadelphia, a member of Pi Alpha (the PA National Honor Society), and a life member of Alpha Phi Alpha Fraternity Inc.

Acknowledgments:  This biography was prepared by Richard Vause and submitted to the Society in March 2022. Photographs are courtesy of Dr. Vause. 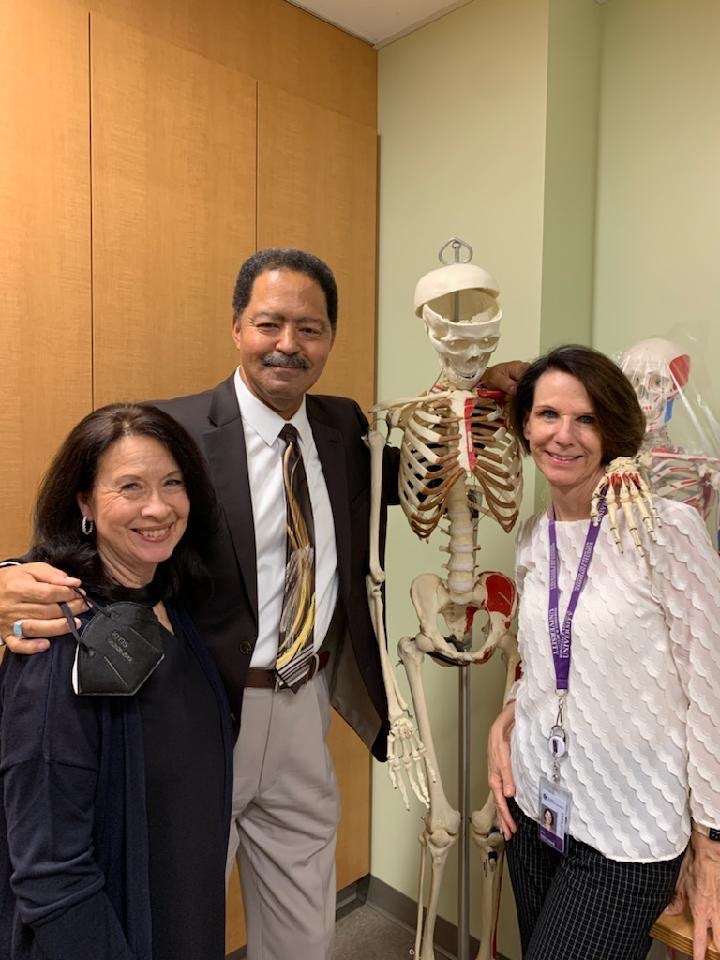 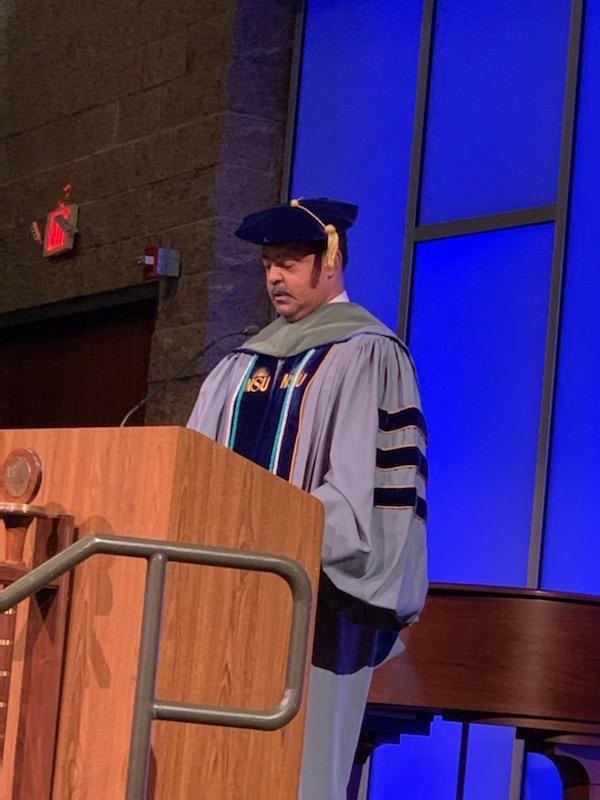 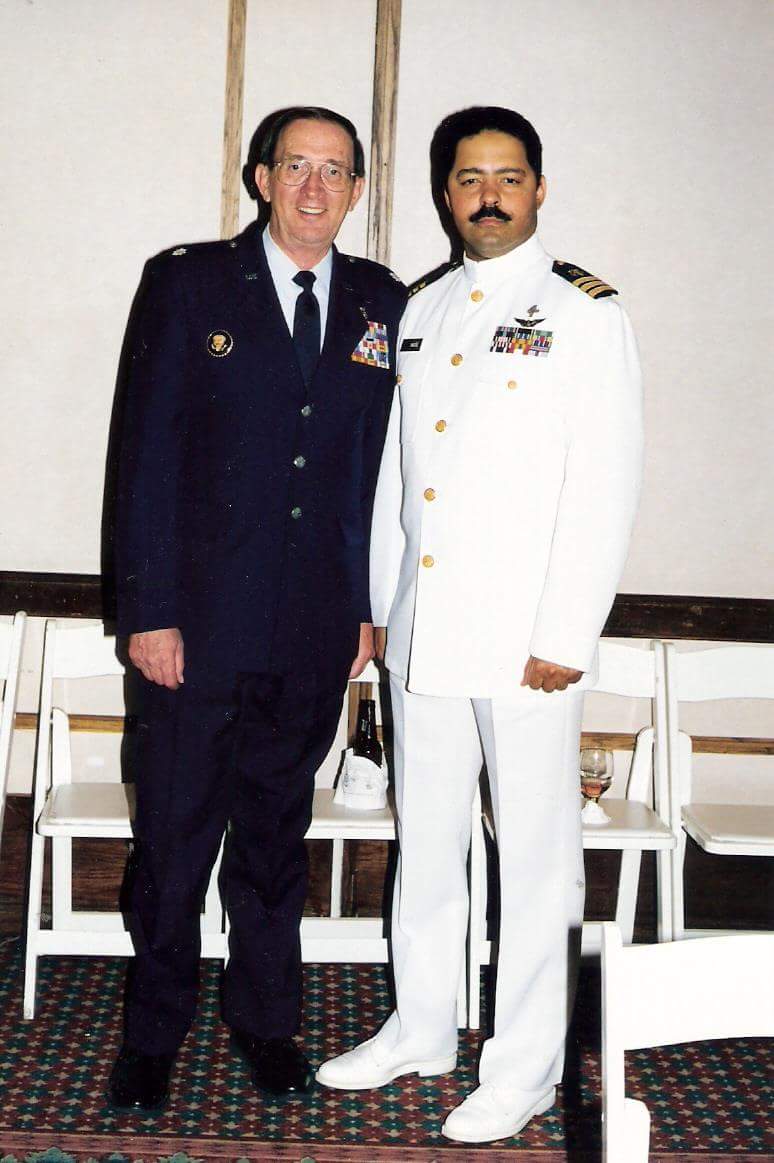 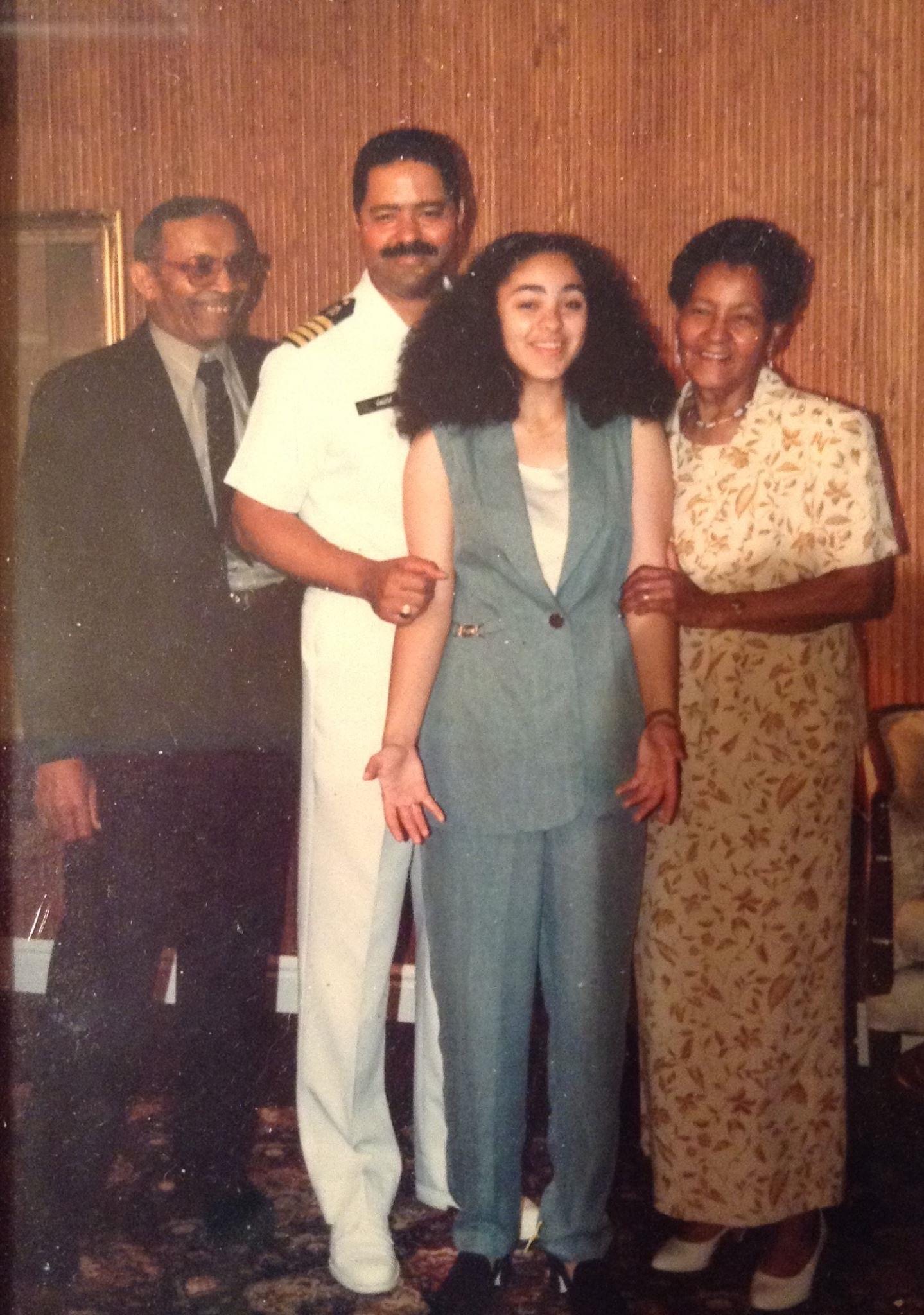