Steve Wilson looks back on his career with two distinct aspects: a clinical one spent entirely in the world of surgery and a professional one volunteering considerable time to State and National professional service organizations. The surgical interaction with patients and physicians met a need in his head and his hands that has never diminished. The professional service was to give back to a profession that has provided him with enormous opportunity and ensure the future for PAs and the patients they serve.

Stephen D. Wilson was born in 1952, the third of three boys. He grew up in a small town in West Virginia called Point Pleasant, located on the banks of the Kanawha and Ohio rivers. This town of 10,000 nurtured him through its schools, church, scouts and sports. Upon graduation from high school Mr. Wilson entered Alderson-Broaddus College, following his older brother. The school was a liberal arts college with a hospital on the campus, allowing for access to degrees in nursing, medical technology, and radiologic technology. Mr. Wilson was scheduled to enter into this latter program but a phone call from the admissions office the summer before entry changed his life forever. They had a new program called “physician assistant” and wondered if he was interested. This was the first 4-year degree PA program, and the government was giving educational grants for student commitment. Mr. Wilson entered the program with other high school graduates as well as a large number of former corpsman. The program medical director was Dr. Hu Myers, a general surgeon. Because of Myers’ influence and blessing, upon graduation Wilson took the uncharacteristic job for PAs at that time and went into surgery.

Mr. Wilson’s first position was at the Shock Trauma Center at University of Maryland Hospital in Baltimore, MD. There he worked with teams of PAs, surgeons, anesthesiologists, and nurses. While there, he successfully completed the first PA National Certifying Examination. After an exhausting but both technically and mentally educational two years at Shock Trauma, he opted for a quieter lifestyle. He. became the Clinical Coordinator for the then combined Johns Hopkins and Essex Community College PA Program. However, he missed clinical practice and when one of the surgeons he knew at the trauma center called him to see if he was interested in working in general and trauma surgery he accepted. Mr. Wilson and his wife Pat moved to Greensburg, PA to work with William Pfeifer at West Moreland Hospital. In 1985 a former student contacted him to come and work in cardiac surgery. The challenge was enough to make the move to Harrisburg, PA where he stayed for 18 years working in multiple hospitals with Shaffer Cardiovascular Associates. Having obtained the latest skill of endovascular vein harvesting in 1996, Mr. Wilson was enticed to bring that technology to Peninsula Regional Medical Center in Salisbury, MD in 2003.

Mr. Wilson’s career began at the onset of the PA profession. He felt the pressure and challenges of being part of a new profession: finding acceptance, pursuing responsibilities, enhancing knowledge and capabilities. He was always part of a physician/PA team where the physician was secure with PA activity and encouraged him in his endeavors. It was in Pennsylvania were former friends and classmates provided him with the invitation to help secure his future and the profession as a whole by working on professional issues. He served the Pennsylvania Society of Physician Assistants (PSPA) from 1976 until his departure in 2003 and was CME/Conference Chair from 1980-1987. He was Director at Large from 1979 — 1983, Vice President from 1983 — 1985, President form 1987 — 1989 and Chairman of the Governmental Affairs Committee from 1989 — 1999. Simultaneously he began service with the American Academy of Physician Assistants (AAPA).

He began as a Delegate to the House of Delegates in 1979 and served PSPA as a Delegate (HOD) for 18 years including 3 years as Chief Delegate. He was a member or chair of an HOD Reference Committee from 1978-1986 and was also elected Secretary for the House 1982 — 1983 and Vice Speaker 1983-1984. He served on or chaired the Publications Committee, Professional and Continuing Educational Committee, Legislative and Governmental Affairs Committee, Chapter and Member Relations Committee, Nominating Committee, and the Political Action Committee. Steve served 2 terms on the Board of Directors during 1992 – 1994 and 1995 — 1997. In addition, he was asked to serve on an Executive Director Search Committee, a Strategic Planning Committee, and the Governance Work Group. One of his most rewarding positions was with the Planning for PA Organization Progress (PPAP) from 2000 — 2009. He has served AAPA in some capacity every year since 1978. Steve has also been an active member of the Association of Physician Assistants in Cardiovascular Surgery since 1985 along with memberships in the American Association of Surgical Physician Assistants and the Maryland Academy of Physician Assistants. He believes that the most significant accomplishment during his tenure as President and the Governmental Affairs Chair was overseeing the legislation granting prescriptive privileges in Pennsylvania after over 15 years of work.

Mr. Wilson is an Ordained Elder in the Presbyterian Church and also served as Deacon, Director of the Christian Education Search Committee Chair, Chair of the Nomination & Leadership Development Committee, Member of the Adult Forum Committee and a rewarding experience of serving with his wife as a Confirmation Class Instructor. He also served on the Troop Committee and Assistant Scout Master for his son’s Boy Scout Troop.

Mr. Wilson looks back over his career and notes the wonderful people with whom he has had the privilege to work and those that educated and supported him. The highlights from the professional side are listed above. The highlights from the medical side will always be the faces of the patients upon whom he helped operate and recover. He does have a particular gratification being an integral part of two tremendous advances in cardiac surgery: bringing endovascular vein harvest to Harrisburg, Pennsylvania and Salisbury Maryland and being the Valve Clinic Coordinator for the TAVR program at PRMC.

PA Wilson and his wife Pat celebrate 40 years of marriage in 2017. Their son and daughter are married and have blessed them with 4 grandchildren. He enjoys golf, gardening, bike riding, bird watching and cooking. Mr. Wilson is still involved in the professional work by being on the Editorial Board for the Journal of the American Academy of Physician Assistants and a Trustee for the PA History Society. He is in preparation to take what he expects will be his 7th and last recertification exam after having remained certified since 1975. Mr. Wilson is still actively practicing in cardiac, thoracic and vascular surgery. When asked why he continues working after 40 years, Wilson reply’s, “I have the best job in the world: I get to do what I love, work with people I like, listen to music while I work, and wear what could be used as pajamas all day!”

Acknowledgments:This biography was written by Steve Wilson, and was submitted to the Society in May, 2016. The photographs are also courtesy of Mr. Willson. 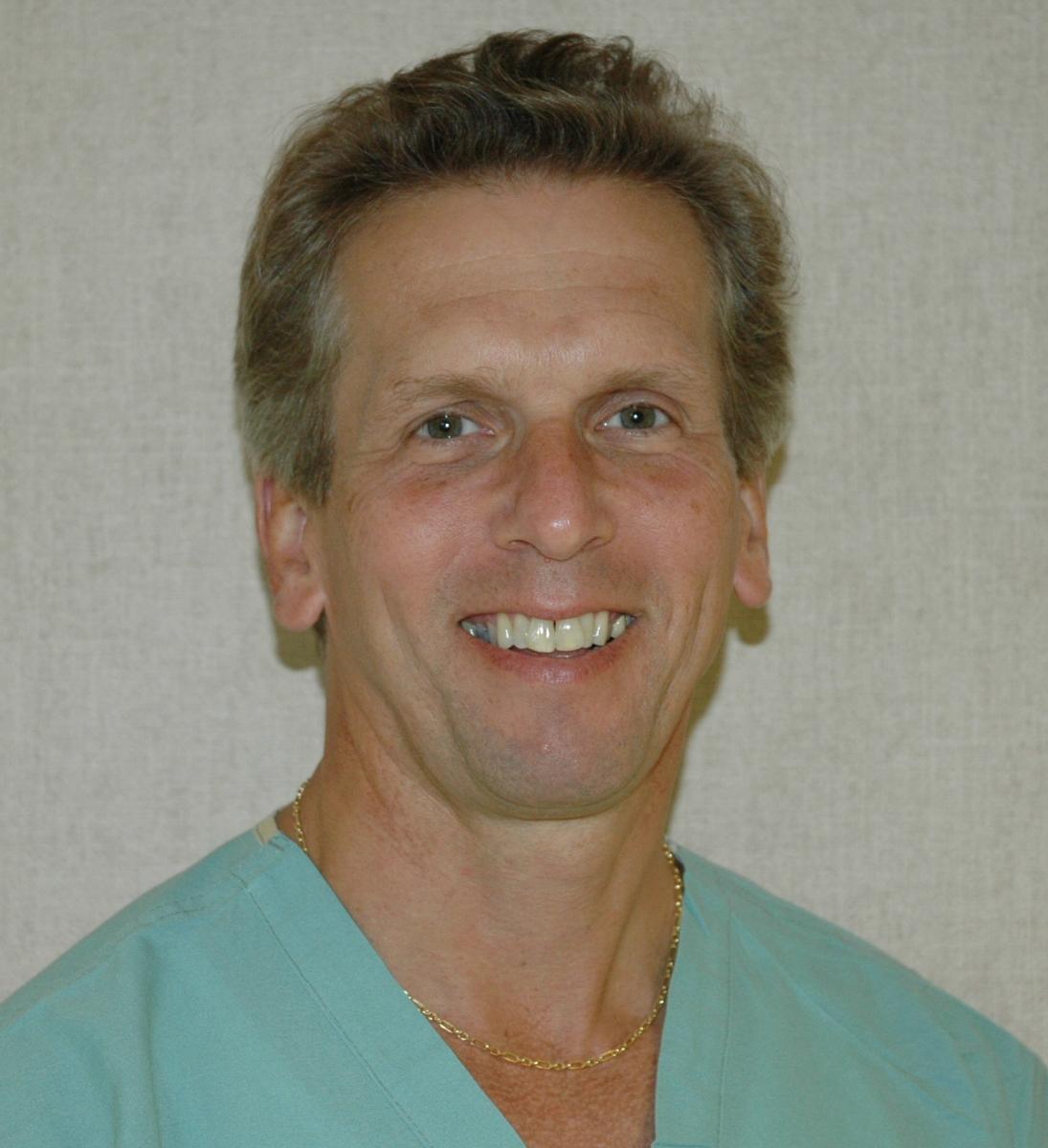 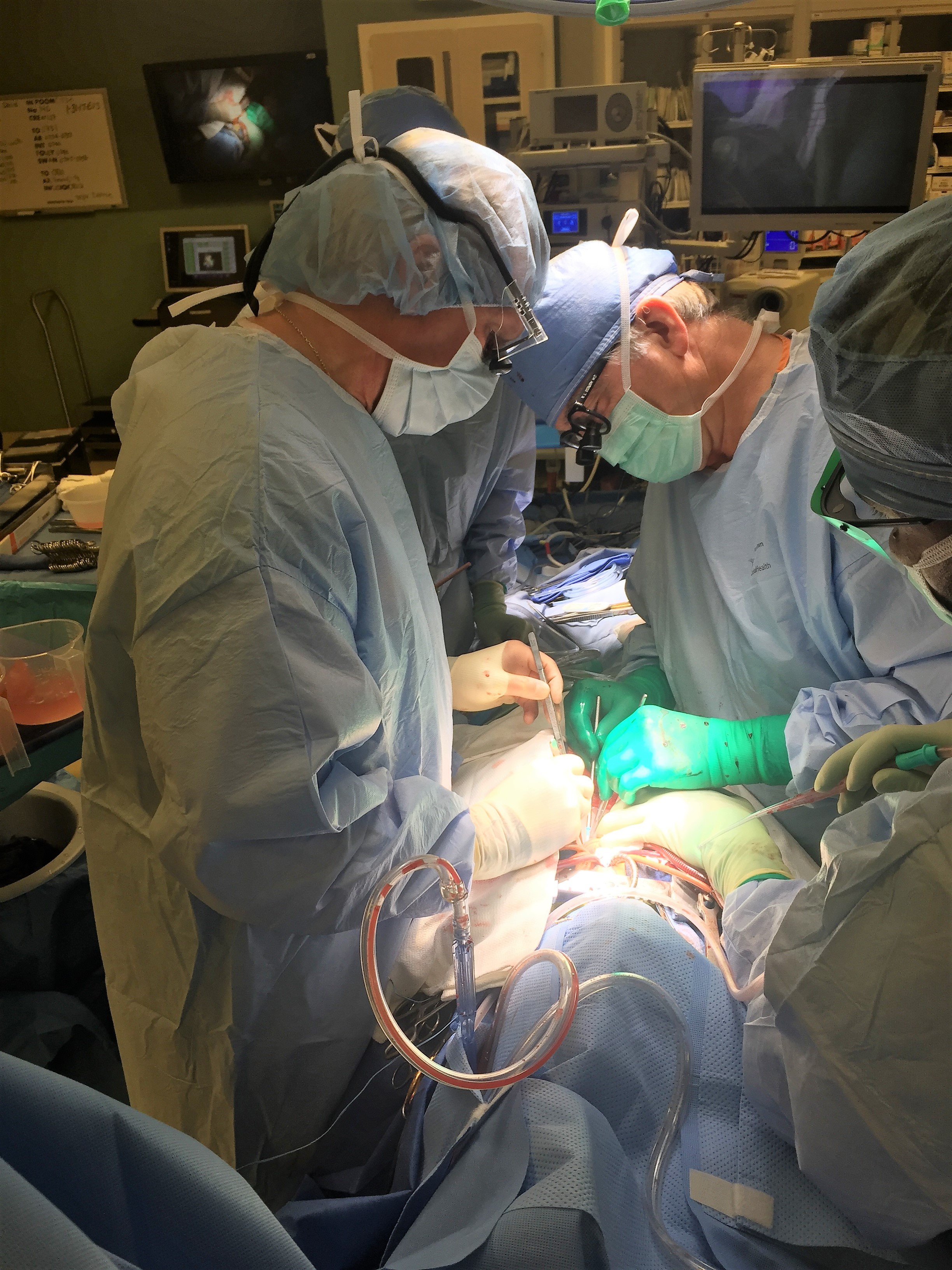