To celebrate Pride Month, the PA History Society has been honoring PAs who have helped the LGBT+ health community. Their stories are inspiring and show that it just takes willingness and a kind heart to make a huge impact in the world.

Mark Behar helped in the formation of the LGBT Caucus back in 1979, even though he was only a PA student at the time. He has worked tirelessly since then to help advance the Caucus. He worked to battle the HIV/AIDS epidemic in the 1980s and was also one of the first (and few) medical practitioners to openly talk about HIV/AIDS on TV. Mark Behar’s Mini Oral History Video

Diane Bruessow is the President Elect of the AAPA. Her earliest act of service to underserved communities as a PA was to help set up a nonprofit for those in the LGBT+ community who were battling breast cancer.  Listen to her tell the story in her Oral History Interview.

Patrick Killeen has taken on leadership roles in the PA community since his student days. He is the only PA to serve both as SAAAPA President and AAPA President. He was also heavily active in the LGBT Caucus and helped started the J. Peter Nyquist Student Writing Award in honor of an LGBT PA student who was a victim of the AIDS epidemic in the 1980s. Patrick Killeen’s Bio    Patrick Killeen’s Oral History Interview

Jude Patton has been advocating for transgender rights and education well before he became a PA. Upon becoming a PA in the 1980s, he continued to serve underserved communities and to educate the public and medical practitioners on the health needs of the transgender community. He was instrumental in the creation and revision of the Transgender Standards of Care for the medical community. Jude Patton’s Oral History Interview

Tonia Poteat has been active since the early days of her PA career in the HIV fight. In fact, the 1980s AIDS epidemic inspired her to become a PA. She has worked tirelessly, both at home and abroad, to battle the spread of HIV through awareness campaigns and setting up HIV clinics. She had become more focused on stopping the spread of the virus in the transgender community, the section of the LGBT community with the most health disparities. Tonia Poteat’s Oral History Interview 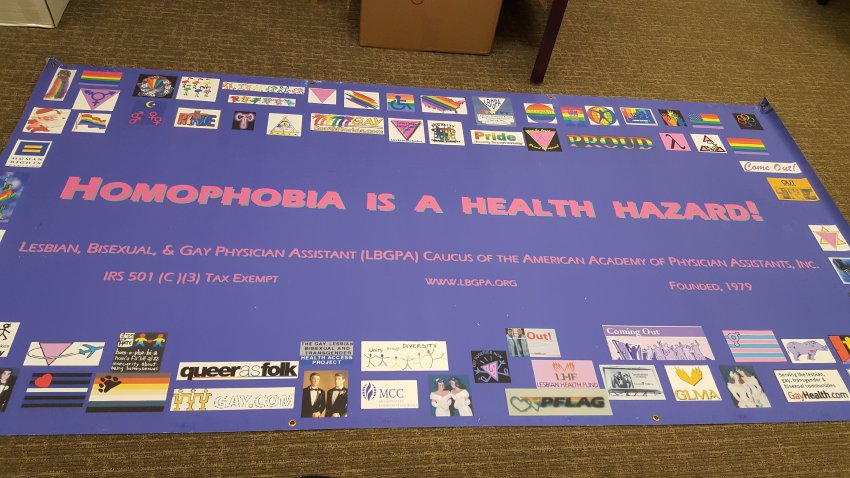 Eric Schuman was one of the early newsletter editors of the AAPA’s LGBT Caucus. Since becoming a PA, he has practiced in a variety of specialties including Infectious Disease, HIV/AIDS, Headache, and primary care. He also served on the JAAPA editorial board for many years. Listen to Eric Schuman’s Oral History Interview.

Travis Sherer has one of the best stories of what led him to learn about the PA profession. He was also a president of the LGBT Caucus and worked in numerous HIV clinics in his career. He was the first PA member of the Gay and Lesbian Medical Association (GLMA). Travis Sherer’s Oral History Interview

For a history of the AAPA LGBT Caucus, please visit the timeline on their webpage.