Lisa Mustone Alexander is a highly regarded academician, clinician and community activist who has played an active role in the global expansion of the physician assistant/associate PA concept.  She has held many leadership positions, including president of the District of Columbia Academy of PAs (1986) and the Physician Assistant Education Association (PAEA, 2018).  In 2020, she retired from the George Washington University (GWU) and was awarded faculty emeritus status for her outstanding contributions to the GWU PA Program.  Later that year, she accepted a new position as a professor in the Department of PA Studies at the Royal College of Surgeons in Ireland and as the Director of their Physician Associate Program. She continues to advocate for the global recognition of PAs through her work in Ireland and her work with the International Academy of PA Educators and various other organizations promoting PAs across the UK and Europe.

A first-generation college student, she was inculcated with core values focused on social justice and service by a strong maternal role model. Raised during the era of social change, she sought a career that would disrupt the system to reduce health and education disparities. As an undergraduate student in biology at Providence College, Providence, RI, she lacked the health care experience required for acceptance by physician assistant programs at the time. To rectify this deficiency, she volunteered in emergency departments and was trained as a laboratory technologist where she gained valuable patient care and analytical skills. After being accepted into the George Washington University (GWU) PA Program, she served as a Student Academy (SAAAPA) representative where she developed early experiences in leadership. She completed most of her clinical rotations in rural areas where she saw the detrimental health effects on patients with occupational exposures from their work in the West Virginia coal mines. After graduation (1979), she desired a career in family medicine, however the lack of jobs in that field required her to start as a surgical PA. Two years later, she transitioned to hospital medicine in Washington, DC’s most impoverished neighborhood. The timing coincided with the city’s crack cocaine epidemic and not surprisingly, was also the site of one of the city’s first documented cases of HIV/AIDS.

In addition to her clinical duties, she was also responsible for PA student clinical rotations; it was then that she began her career as a clinical educator. Soon thereafter, she joined the faculty of the GWU PA Program (1982) as a full-time clinical coordinator and for 38 years had a long career leading the PA program, serving in senior management roles in the university and medical center.  She subsequently completed her MPH (1989) and doctoral degree in Education (2003) at GWU while maintaining her full-time faculty position and balancing her role as a wife and mother with three small children. She served in leadership positions for the DC Academy of PAs, the PA Education Association, American Academy of Physician Assistants, and the PA Foundation.

During her academic career, her leadership and advocacy work extended far beyond the PA program. She was an early advocate for developing community outreach and pipeline programs to develop and diversify the future healthcare workforce. During her career at GWU, her grant portfolio exceeded $13 million from government and non-governmental funders. She was the first federally funded PA educator to develop a proof-of-concept curriculum in service learning for PA students, after only 6 years as a PA educator.

Outside of academia, she continued to serve her community as a volunteer PA at a local non-profit safety net clinic. She was the first medical director for the GWU student-run inter-professional clinic for uninsured patients and has always been a champion of experiential learning that facilitates professional identity formation. Her doctoral research focused on the identity of the PA profession.

Her interest in the global expansion of the PA profession started as an AAPA representative on a delegation to South Africa in 2004. Subsequently, she used her public health training to develop international training programs aimed at reducing stigma and discrimination for patients living with HIV in Ukraine. In 2009, she was awarded a Fulbright Senior Scholar award, during which she worked at the University of Rwanda on the development of the clinical officer program, which has since graduated over 200 clinical officers during the last 10 years.

Dr. Alexander is the recipient of numerous awards and honors, including the Gold Humanism Society faculty award (2009) and the Cyril Shulman Outstanding Service award (2011).

Dr Alexander is married to Philip Alexander and together they have raised 3 children. Her oldest is a PA working in family medicine in North Carolina, followed by a son who is an elementary STEM educator in DC public schools. Her youngest lives in Denmark and is training as a behavioural health counsellor with an interest in young adults.

Acknowledgments: This Biographical Sketch was prepared by Dr. Lisa Mustone Alexander with the assistance of Dr. Reginald Carter and was submitted to the Society in April 2022. Portrait photograph and PAEA photograph are courtesy of Dr. Alexander. The black and white photograph is from the Inter Mountain Newspaper, March 10, 1979. Other photographs are courtesy the AAPA Digital Photograph Collection, PA History Society. 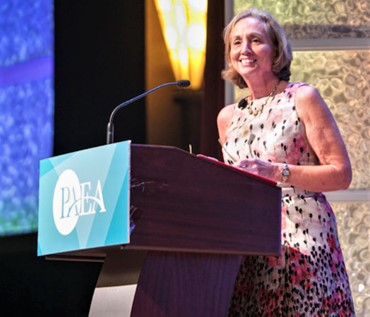 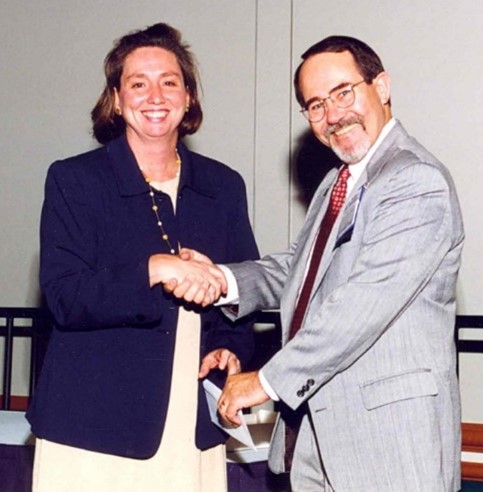 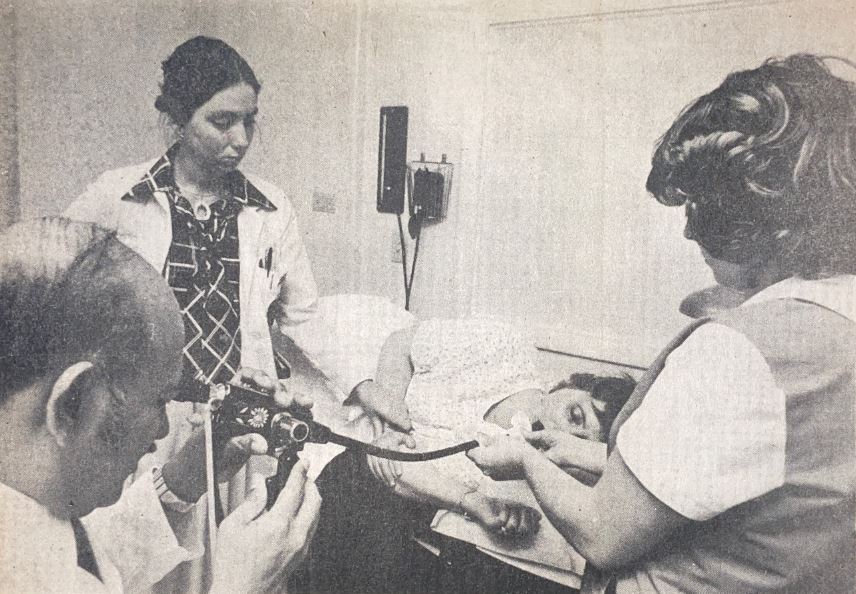