Dr. Reginald D. Carter established the Office of Physician Assistant History at the Duke University Medical Center (DUMC) in 2001. The mission of the Office was to preserve, study and present the legacy and history of the physician assistant profession. As director of the Office, Carter helped the DUMC Library and Archives obtain a grant to develop a digital library for important documents, papers and reports related to the establishment of the PA profession. In 2002, he and Dr. J. Jeffrey Heinrich co-founded the Society for the Preservation of Physician Assistant History. Carter served as the executive director and historian of the Society from 2002 to 2007 and as director of the PA History Center from 2001 to 2007. As the Society’s historian, Carter helped develop an illustrated PA history website containing a time line, biographies and exhibits. He served as the editor of the PA history features section for the Journal of the Physician Assistant Education Association and as a reviewer for Advance for Physician Assistant Magazine. In 2006, Carter obtained funding to move the Society’s office to the Eugene A. Stead, Jr. Center built and owned by the North Carolina Academy of Physician Assistants in Durham, NC. He and the Society’s first archivist, Mira Waller, created the Eugene Stead Office Museum and placed wall and floor exhibits within the Stead Center to showcase the history of the profession. Under Carter’s leadership, and the help of the Society’s archivists, the library and museum grew substantially with the historical collection of organizational records, personal papers, oral histories and still and moving images. For his pioneering efforts, the Society bestowed upon him the title Historian Emeritus in 2008.

Carter was born on June 16, 1942 in Catawba County, NC. His formative years were spent in a rural community that had one general practitioner who did everything from delivering babies to providing general surgical and medical services. To save money for college, Carter worked in grocery stores and doing construction. He spent his first two-years at a small Baptist College in Mars Hill, NC and then transferred to Wake Forest University in Winston-Salem, NC, where he received both his Bachelor of Science degree in 1964 and his PhD in 1970. He spent a year before going to graduate school working as a research technician in the Department of Physiology at the Bowman Gray School of Medicine. He was one of the first students admitted into the newly created graduate school at Bowman Gray in 1966.

After completing a one year post-graduate fellowship within the Department of Physiology at Duke University in 1971, he was offered a position on the faculty as a cardiovascular physiologist, primarily working in the hyperbaric and environmental medicine unit. In addition, Carter conducted physiology laboratories for the medical students and served as an academic advisor for them as well. He taught a course in physiology for physician assistant, pathologist assistant and radiographic technology students.

He was intrigued by the physician assistant concept and recognized the value of placing these graduates in medically underserved communities. When the director and associate program director decided to leave the PA Program at Duke in 1972, Carter was offered the position of associate program director by E. Harvey Estes, Jr., Chairman of the Department of Community Health Sciences. He was also given the opportunity to obtain a physician assistant certificate by completing clinical coursework within the PA program, which he did in 1978. From 1984 to 1999, Carter served as Chief of the Division for PA Education within the Department of Community and Family Medicine, Duke University Medical Center, Durham, NC. During his tenure, the program’s academic award changed from certificate, to baccalaureate to master’s degree. In 2001, Carter relinquished his position as program director and assumed responsibility for the PA Program’s alumni affairs office and the Office for PA History. He retired from Duke University in 2004 after 34 years of service.

Carter became involved in the PA profession at the time the Association of Physician Assistant Programs (now the PAEA) was being established and the first national conference on New Health Practitioners was held. The accreditation process was new and plans were just being made to offer a national certifying examination to physician assistants. Over the years, Carter’s contributions to the profession included service on the Research and Development Committee of the American Academy of Physician Assistants (AAPA) and the Association of Physician Assistant Programs (APAP). This service laid the foundation for research and developing longitudinal studies for the profession. As president of APAP, he helped successfully write grants to fund the first major workforce studies on PAs, and as a member of the Education and Research Foundation (predecessor to the PA Foundation), he helped establish small research awards focused on PA workforce issues. As a commissioner on the National Commission on the Certification of Physician Assistants (NCCPA), Carter helped usher in a new age of computer-based testing. He has chaired and served on various other PA professional committees, authored many articles, chapters and reports on PAs, and served as a reviewer of federal training grants and small research grants awarded by the PA Foundation. He was co-editor of a landmark book on PAs, entitled Alternatives in Health Care Delivery: Emerging Roles for Physician Assistants. Carter co-wrote and produced a 35-minute videotape titled, Physician Assistant: History of a Health Manpower Innovation, used to introduce PA students to the PA concept. He has also published numerous articles in scientific and academic journals. He has served five 3-year terms as a trustee of the North Carolina Baptist Hospitals, Inc., Winston- Salem, and a 4-year appointment on the National Advisory Board for Partnership for Quality Education focused on educating primary care residents, PAs and nurse practitioners in managed care environments.

Carter has been a staunch advocate for preserving the history of the PA profession and is currently serving as a project consultant for the PA History Society. He is a coauthor with Thomas Piemme, Alfred Sadler, Jr. and Ruth Ballweg of “The Physician Assistant: An Illustrated History,” (2013) supported by the grants from the Josiah Macy Jr. Foundation and the Robert Wood Johnson Foundation. Carter continues to speak to groups of students and PAs and to host students and others who visit the Eugene A. Stead, Jr. Center in Durham, NC. In addition, he is the historian for the First Baptist Church of Hillsborough, NC.

PAEA as part of their 50th anniversary celebrations interviewed Carter about his term as PAEA President. You may read the interview by clicking here.

Acknowledgments: This Biographical Sketch was prepared by Reginald Carter PhD, PA and edited by J. Jeffrey Heinrich PA-C, EdD and submitted to the Society on May 15, 2012. The photographs were donated to the Society by Dr. Carter. This biography was last edited in November 2014. 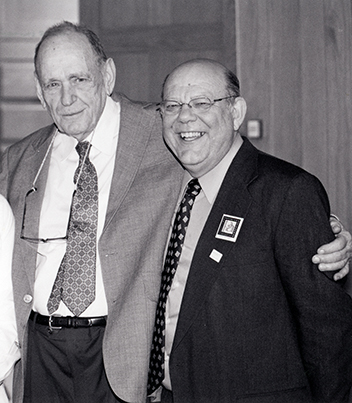 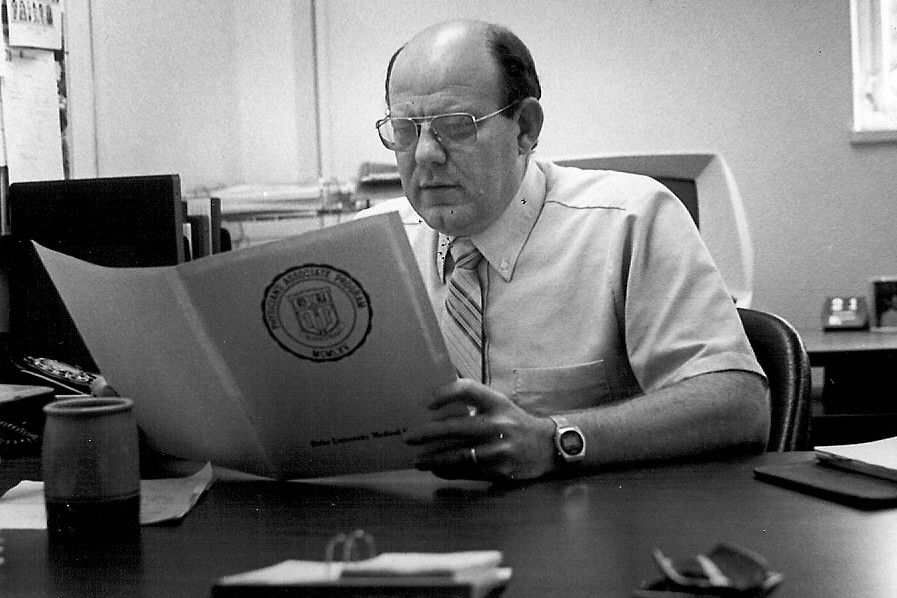 Dr. Carter when he was Assistant Director of the Duke University PA Program, 1975