As a physician assistant, Glen E. Combs has had a lustrous career as an educator, national leader and a clinician practicing in obstetrics/gynecology, emergency medicine, family medicine and psychiatry.  He has chaired two university departments of PA studies at the University of Kentucky, 1978 to 1989, and at Wake Forest University, 1989 to 2004, and has served as president of the American Academy of Physician Assistants (AAPA) on two occasions, 1985 to 1986 and 2000 to 2001.  As a national advocate for the PA profession, Combs has testified on PA matters to the US Congress.  He lobbied the Department of Defense promoting the need for commissioning of Navy PAs in active service.  He interacted with medical colleagues in the American Medical Association (AMA) and American Academy of Family Practice (AAFP).  He served as the AAPA representative to the National Commission on Certification of Physician Assistants (NCCPA) for nine years and as the first treasurer of the Physician Assistant History (PAHx) Society, 2002 to 2008.

After graduating high school in 1967, Combs was on track to become a clinical psychologist but was facing the possibility of being drafted into the military with the emerging Vietnam conflict.  He changed plans and decided to complete a diploma program in nursing before pursuing his PhD in clinical psychology.  It was at this time that he first learned about physician assistants.  His aunt, a nurse supervisor in El Paso, TX, sent him a Look Magazine article about the Duke University PA Program and he was invited to Duke for an interview.  He was not accepted since most candidates at the time were former hospital corpsman or medics, but learned more about the PA concept, strengthening his desire to become a PA. He was eventually accepted into the Alderson-Broaddus University PA Program in 1971 that was established by Hu C. Myers, MD in Philippi, WV in 1968.  His clerkship year was spent at the Medical University of South Carolina (MUSC). The PA program that he attended was the first liberal arts program that offered a bachelor’s degree to its graduates.  Combs graduated from the program in 1973 along with his future wife Michelle who now serves as a PA in hematology and oncology.  Combs recalls Dr. Myers, a surgeon, being a wonderful mentor, a genteel Southern man who was very dedicated to training PAs for both surgical and medical practice.

Combs remained in Philippi, WV after graduation working as a surgical intern at the Myers Clinic/Broaddus Hospital.  The internship lasted 16 months; he got married and headed to the San Francisco area to work in internal medicine. In 1975, Combs was accepted to Michigan State University on a paid fellowship through the Office of Medical Education Research and Development (OMERD), and graduated with a Masters of Arts degree in higher education administration with an emphasis on medical education. He then joined the faculty at the University of Kentucky (1977) teaching PA students and working in the ER department.  He advanced through the faculty ranks and was eventually appointed an associate professor with tenure.  In 1989 he was recruited to become the Program Director of the Bowman Gray (now known as Wake Forest School of Medicine) PA Program in Winston Salem, North Carolina.  His clinical assignment was in Obstetrics and Gynecology.  Over time, he oversaw the program change from a certificate to a master’s degree program.

After spending twenty-five years in academia, Combs went into full-time practice, first in family medicine and later in psychiatry.  Over the years, he had noticed that many of his patients had underlying psychological issues.  Coming from a primary care setting, he wished that he had more time with patients, particularly with many who had psychological problems.  He became good friends with a clinician at Piedmont Psychiatric Associates in Clemmons, NC and when a position opened he accepted their offer to become a psychiatric PA.  Currently he has remained in the practice treating patients 18 years and older with a variety of psychiatric disorders for the past ten years.

Reflecting back on his advocacy years, Combs says that he enjoyed correcting others’ misconceptions about the PA profession.  Also, he appreciates the multi-faceted opportunities that the PA profession has afforded him to work in four different specialties and the opportunity to meet influential people and developed many collegial friendships.  He has been highly satisfied with a career of service and the gratification that comes in curing illness, comforting people and having a positive impact on someone else’s life.

For his dedicated service to the PA Profession, Combs has received many awards and recognitions including:  Kentucky PA of the year, NCCPA Outstanding Service Award, AB Distinguished Alumni Award, Honoree PA of United States Navy and Distinguished Fellow of the AAPA.

Acknowledgments: This biography was written by Reginald Carter with the assistance of Mr. Combs and submitted to the Society on February 25, 2018. The first photograph was provided by Mr. Combs while the banner, second, and third photographs are from the AAPA Photographic Collection, PA History Society, Johns Creek, GA.  Source of information used for this biography came from an interview conducted with Mr. Combs by News Line for PAs that is available at: https://www.news-line.com/featureone.lasso?-Search=Action&-token.profession=PA&-token.target=featureone&-Table=webinfo&-MaxRecords=50&-SkipRecords=0&-Database=press*&-KeyValue=1871 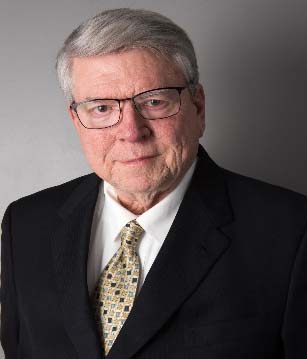 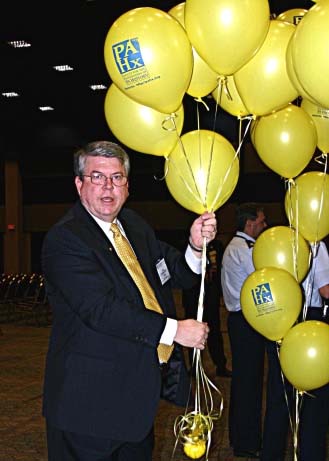 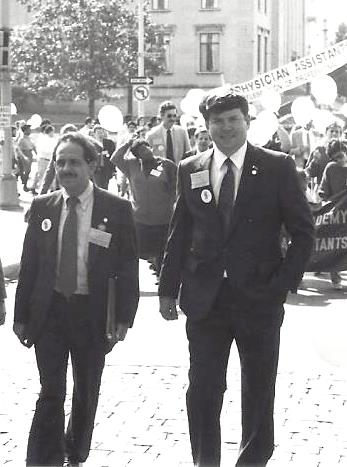 Glen Combs (right) marches with then AAPA president Paul Lombardo during the March on Trenton, NJ, 1989