Patricia McKelvey Dieter, MPA, PA-C has been a PA educator for nearly 40 years. A graduate of the Hahnemann PA program, she began her teaching career at Penn State/Hershey in their PA program in 1979. She served as clinical coordinator for the program, based in the department of family and community medicine, was an instructor to medical students in their family medicine course, and worked clinically in the team family medicine practice. While at Penn State/Hershey, she first attended APAP (now PAEA) national meetings as an active participant.

In 1983, Ms. Dieter moved to the University of Iowa to become their PA program’s first assistant director. While in Iowa, she began research in PA education and joined APAP’s research and review committee, eventually becoming its chair. Through that committee, she came to know Reginald Carter, Duke’s PA program director, and in 1986 she moved to Duke as its first evaluation and research coordinator. She later became assistant director then associate director of the Duke PA program, and in 2003 became Duke’s PA program director. During her career at Duke, she has been actively involved in AAPA, PAEA, InterEd, CAAHEP, and the ARC-PA. She has served on various AAPA committees and was vice-president of APAP from 1988-1989. She was an ARC-PA site visitor for 20+ years, an ARC-PA commissioner for 12 years, and chair of the ARC-PA from 2004-2006. Currently, she is a member of the HRSA Advisory Committee on Training in Primary Care Medicine and Dentistry. Since 2013, she has been PA division chief in Duke’s Department of Community and Family Medicine (CFM), and a member of CFM’s executive council.

Within Duke, Ms. Dieter has served as an internal consultant to multiple programs and led the development of a comprehensive evaluation system for 10 diverse educational programs within CFM, including residencies, fellowships, master and doctoral programs. Ms. Dieter has been a frequent presenter at many organizational meetings, including APTR, AAPA, PAEA, and InterEd.

Ms. Dieter has been PI on multiple HRSA grants promoting the utilization of PAs in rural primary care settings. Her career has focused on the needs of rural patients and their providers, on the value of accreditation, innovations in teaching, and mentoring of junior faculty members.

From 2006 – 2012, as its program director, Ms. Dieter led the expansion of the Duke PA program to 90 students and 24 faculty members. In 2015, Ms. Dieter steered the planning of Duke’s 50th anniversary celebration, which focused on Duke alumni and their contributions to the profession. In her 32-year career at Duke, she has taught approximately three-fourths of all Duke PA graduates, relocated the program facilities three times, shepherded countless junior faculty members through the early stages of their careers and developed one of the nation’s only PA faculty development fellowships.

Her joy in her career has been getting to know and teach so many wonderful PA students who go on to treat patients and influence healthcare in innovative ways. 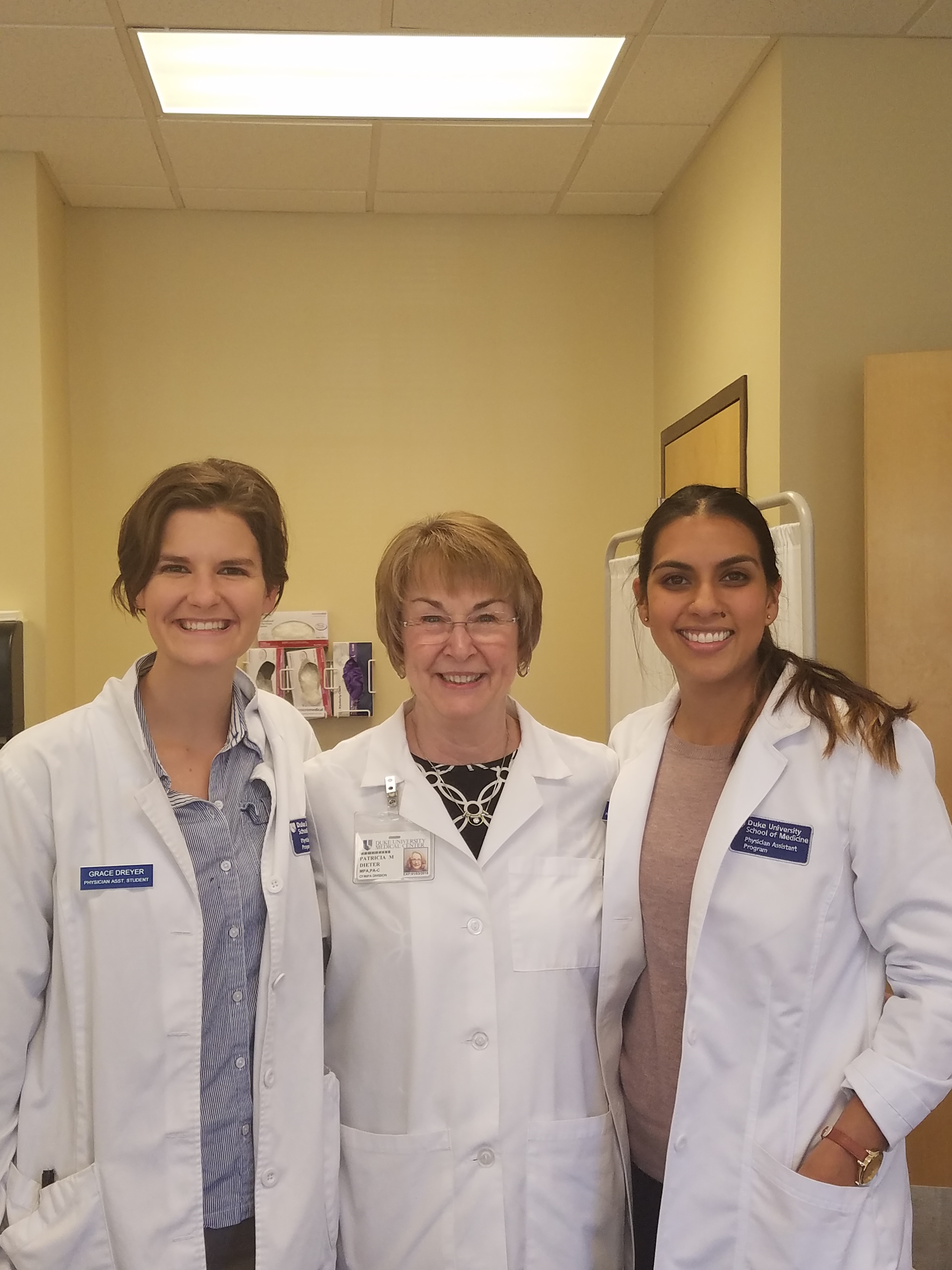