Oswald Ganley, PhD, MPA, PA-C, became a PA at the age of 67, after having successful careers in three non-medical fields, including serving as a US Deputy Assistant Secretary (DAS) of State.  Ganley practiced as a PA for 20 years before retiring in 2016 at age 87.  Patients, students and his PA colleagues all benefited from his contributions.  In 2005, he published a landmark outcome study of PAs in the North Carolina Physicians Health Program (NCPHP) monitoring program in the Journal of Addictive Diseases. This was the first study to document the long-term effectiveness of a professional health monitoring program for PAs.

Ganley, who was born and raised in Amsterdam, Holland, came to the US in 1947 at age 18. He soon enrolled in Hope College, a Dutch Reformed liberal arts college in Holland, Michigan.  After graduating from Hope College, he obtained a PhD in medical microbiology and human physiology in 1953 from the University of Michigan. He was inducted into the Army during the Korean War.  He spent most of his time at Walter Reed Army Medical Center in Washington, DC in the Department of Experimental Surgery concentrating on gas gangrene, other wound infections and shock, which were the topics of his doctoral dissertation.

After leaving military service in 1955, he spent 10 years at Merck Research Laboratories studying infectious and immune diseases. As the Assistant Director for International Research at Merck, he became involved in international affairs and took courses at Harvard University Kennedy School in political economy and foreign affairs.  While there, he wrote papers on the politics of birth control and some other health-related subjects and received a MPA degree in 1965. Next, he joined the Agency for International Development (AID) as Special Assistant to the Science Director.  In 1966, after a year with AID, he joined the US State Department working on the political, national security and economic aspects of science, technology, and medicine. After tours as Counselor for Science and Technology at the American Embassies in Rome and Bucharest, Ganley was recalled to Washington in 1973 to take charge of the implementation of science, technology, atomic energy, and medicine agreements signed by President Nixon with the Soviet Union and Eastern Europe. In this capacity, he served as an Office Director in the State Department and as Principal Diplomatic Advisor to the President’s Science Advisor. These agreements were the cornerstone of a new policy which aimed at “opening” the Soviet Union and Eastern Europe to the West.  In 1975, Ganley was appointed DAS of State by Secretary Henry Kissinger.  As part of his duties as DAS he oversaw a number of international medical issues including some aspect of the World Health Organization (WHO).  During the Swine Flu scare of 1976 and its threat of becoming a possible pandemic, he was assigned to President Ford’s task force to oversee the allocation of the limited supply of vaccine internationally.

Although a career Foreign Service officer, as DAS of State, Ganley served in a political post in the Ford Administration.  He remained a few months with the incoming Carter Administration, but in 1978 was sent to Harvard University for what was to be a temporary stay that turned into 16 years of research and teaching on the faculty of the Harvard Kennedy School.  He was also Executive Director for International Affairs at the Harvard Program on Information Resources Policy.

During his career, he contributed extensively to the scientific/policy literature and served on several Boards of Directors including the American Hospital in Rome Italy, the Center for Information Policy Research and NC Physicians Health Program.  He published three books with his wife Gladys Dickens Ganley while at Harvard related to politics of information policy.

All the while, he continued to dream about being a clinical practitioner.  He had never heard about PAs until his daughter told him that her physician friends had mentioned them as making a difference in the field of medicine and that it “only” took two years to become a PA! He knew that at age 65 he might not be accepted to a PA school, but George Washington University (GWU) Medical School decided to give him a chance.  He retired from Harvard University in the summer of 1994 and started classes as a PA student. After graduation, he took a job with Cardiology Associates at Duke University Medical Center; a 60-bed inpatient and clinic practice, with 24 attending physicians and 10 PAs and NPs.  It was during this time that he joined the North Carolina Academy of Physician Assistants’ Health Committee.  In its efforts to include impaired PAs under a salvage program similar to that enjoyed by licensed physicians, the Committee had been recognized in 1988 as a formal program of the NC Medical Society and was written into the North Carolina General Statutes.  Ganley served on the NC Physicians Health Program  (NCPHP) for 12 years in a variety of capacities including patient Interventions and follow up assessments.  Taking advantage of his extensive research experience, he was recruited to serve as a member of Duke/UNC LIFE* study which had a major influence on the work/personal wellbeing debate in teaching and work place.  Ganley brought the study to the attention of the North Carolina Academy of Physician Assistants (NCAPA) which led them to adopt a resolution that “…acknowledged balance of commitment to personal wellbeing….”

Because of health issues, he had to find less stressful work and in 2001 began working at the University of North Carolina (UNC) Hospice part-time and latter provided pro bono care for uninsured patients in primary care and addiction medicine in various settings in Raleigh, NC (e.g., Healing Transitions – Men and Women Centers and Urban Ministry Clinic).  In gratitude for his professional service, the NCAPA Board of Directors approved purchasing and placing a brick at the Stead Center that honors Ganley for his “love of people and practice of medicine.”

Acknowledgments: This biography was prepared by Reginald Carter with the assistance of Dr. Ganley and submitted to the Society on April 2021. The photographs are courtesy of Dr. Ganley.  Information for this biography was extracted from online biographical information found on the NCCPA website (1) NCAPA Leadership Spotlight: My Perspective By Oswald H. Ganley, PhD, PA-C NCAPA Health Committee at  https://ncapa.org/wp-content/uploads/2017/11/Ganley-NCAPA-News-Article.pdf and (2) In Honor of Oswald H. Ganley, PhD, PA-C by Daniel Mattingly, PA-C, NCAPA Health Committee Member at https://ncapa.org/pulse-november-2017/. 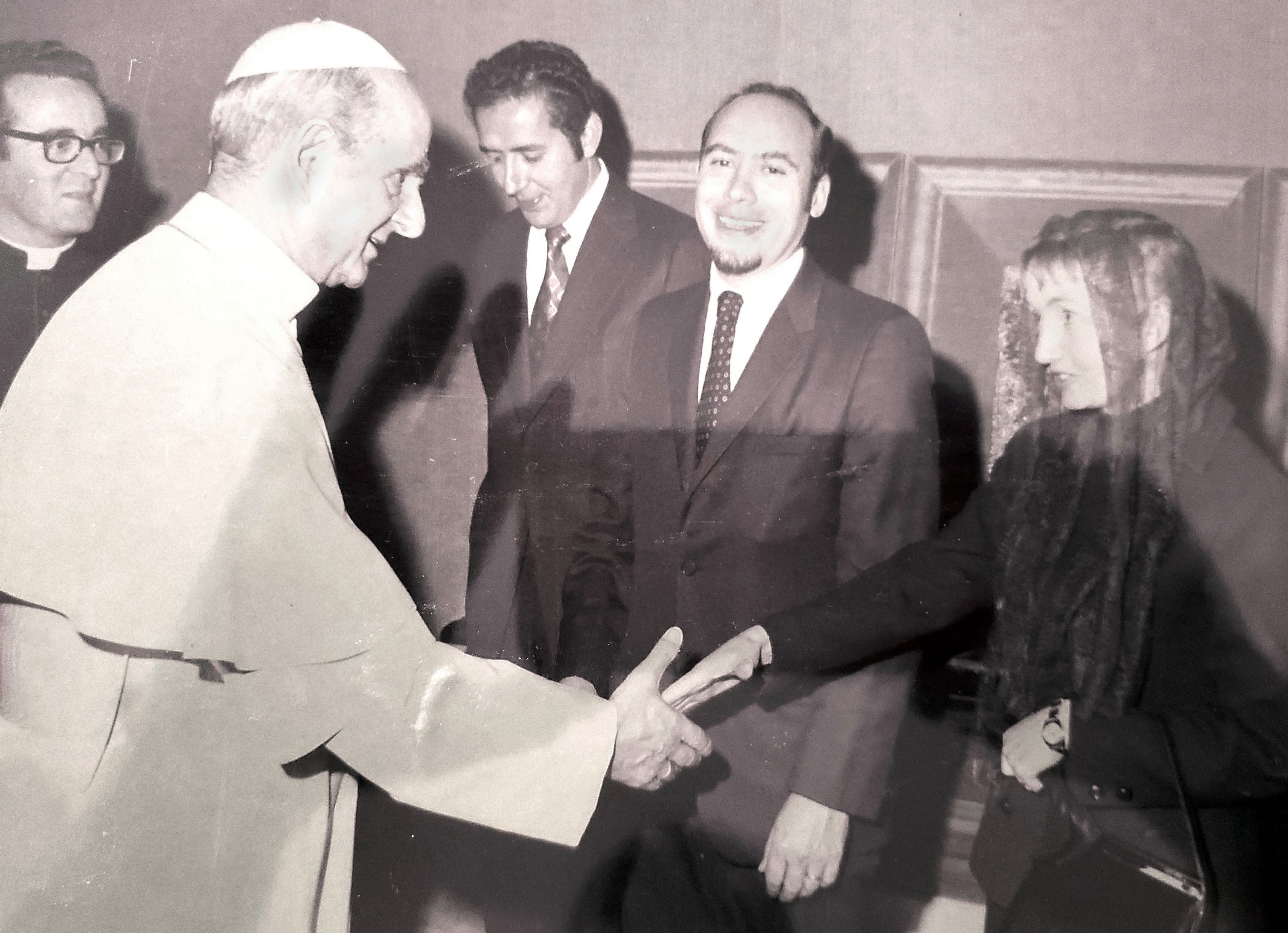 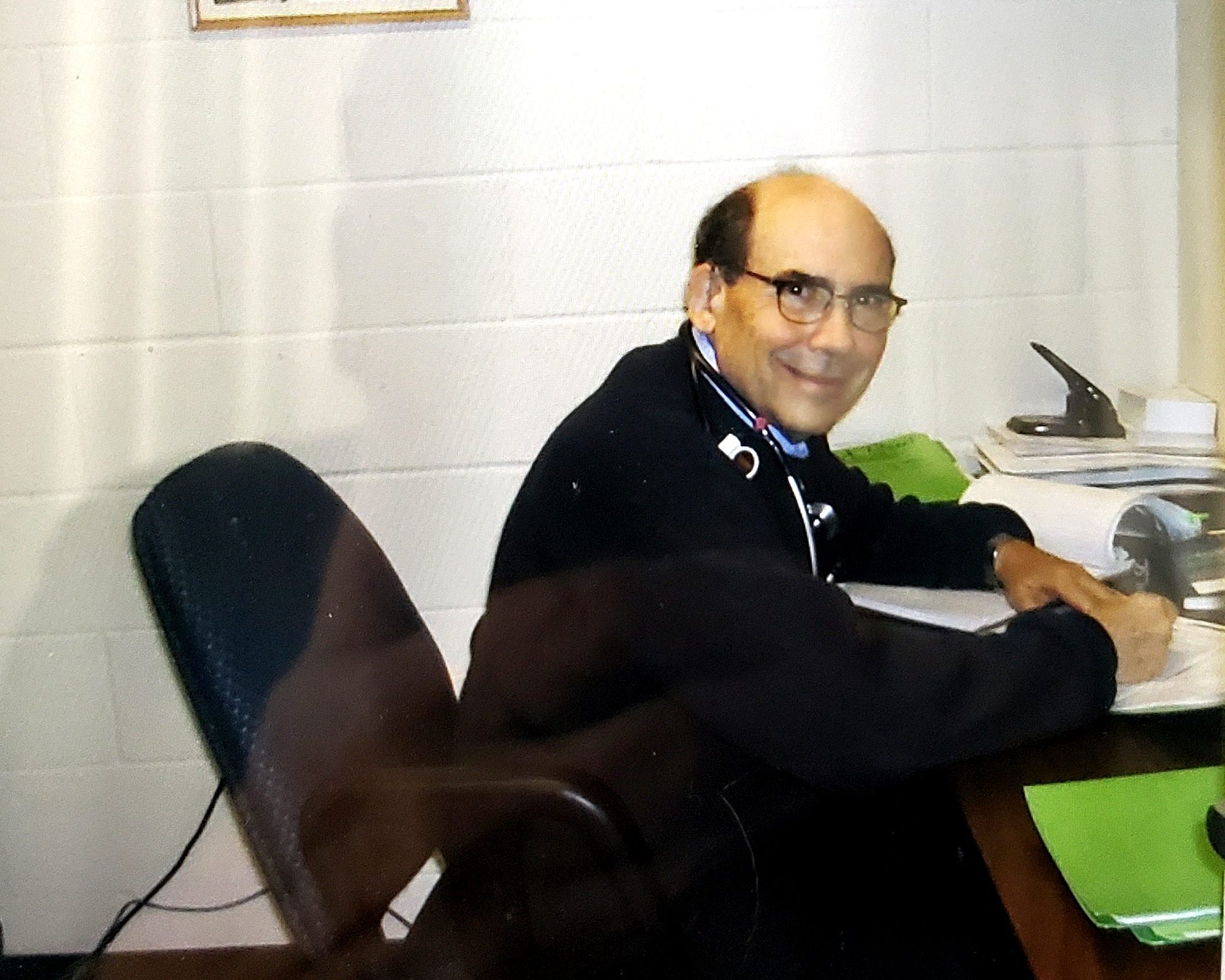 Ganely at the Healing Transition Clinic, 2005