Lt.Col. (US Air Force, Retired) David Henry Gwinn, PA, was well known in the medical, PA, and uniformed services communities. A Vietnam War veteran, he was a staunch supporter and advocate for the AAPA Veterans Caucus and the Society of Air Force PAs, among others.

David “Bubba” Gwinn was born in Peterstown, West Virginia on April 18, 1939. After graduating from high school he enlisted in the United States Air Force often joking that he “couldn’t decide if he liked the Air Force or not” so he “just stuck around”. His career in the Air Force lasted 40 years, 9 months and 21 days. During his AF career he visited over 180 countries and every state in the US except Vermont. “I’ll get up there one of these days” he often said.

Lt.Col. Gwinn began his Air Force career in 1958 as a medical corpsman. He served as a medic with a Red Horse Civil Engineering unit in Vietnam from December 1967 to December 1968. He held numerous positions as a senior AF medic prior to attending Air Force Physician Assistant training from 1971 to 1973. He received his BS degree as a PA in 1974 from the University of Nebraska College of Medicine and a subsequent Masters Degree in PA Studies from Nebraska later in his career.

Gwinn served as a Phase 2 course supervisor for PA students at Caswell Air Force Base, TX until 1978 when he was selected to serve as the Associate Corps Chief for Physician Assistants, a position which made him an advisor to the US Air Force Surgeon General. From 1981 until 1986, Dave served as a PA in the White House Medical Unit assigned to both Vice President George H. W. Bush and President Ronald Reagan. From 1986 until his retirement, he remained in the Washington, DC area, serving as a clinical PA in Family Medicine and later as the Commander of the Bolling Air Force Base Medical Support Squadron, the organization which provided medical logistics support for the USAF Band and Honor Guard. He retired from the USAF in 1999.

After his retirement from the Air Force, Gwinn moved to North Carolina with his wife, Doris, and worked at the Woman’s Care Center at the Pinehurst Surgical Clinic. He and two associates later established Sandhills Hospitality Medical Associates, providing in home health care services to patients in the Pinehurst and surrounding communities.

Lt. Col. Gwinn’s military decorations included the Legion of Merit, Bronze Star, the Meritorious Service Medal with 4 Oak Leaf Clusters (OLC), the Air Force Commendation Medal with 1 OLC, the Joint Service Achievement Medal; the AF Achievement Medal, Air Force Outstanding Unit Award with 5 OLCs and Valor device, the Distinguished Presidential Unit Citation, Republic of Vietnam Presidential Unit Citation, Republic of Vietnam Gallantry Cross with Palm, the Chief Biomedical Services Officer and the White House Presidential Support Badge. His non military honors were extensive and included Physician Assistant of the Year for the Association of Military Surgeons of the United States and Physician Assistant of the Year for the United States Air Force, an award which was later named in his honor to recognize the outstanding US Air Force Senior Physician Assistant of the Year.

Acknowledgments: This biographical sketch was prepared by the AAPA Veterans Caucus in 2012 for their website’s “Memorial Wall”. The PA History Society was given permission to reprint it on their own website in 2017. Photographs are courtesy of the Physician Assistant History Society archives.

When using information from this biography, please provide the proper citation as described within the PA History Society Terms of Use listing the AAPA Veterans Caucus as the author of the work. 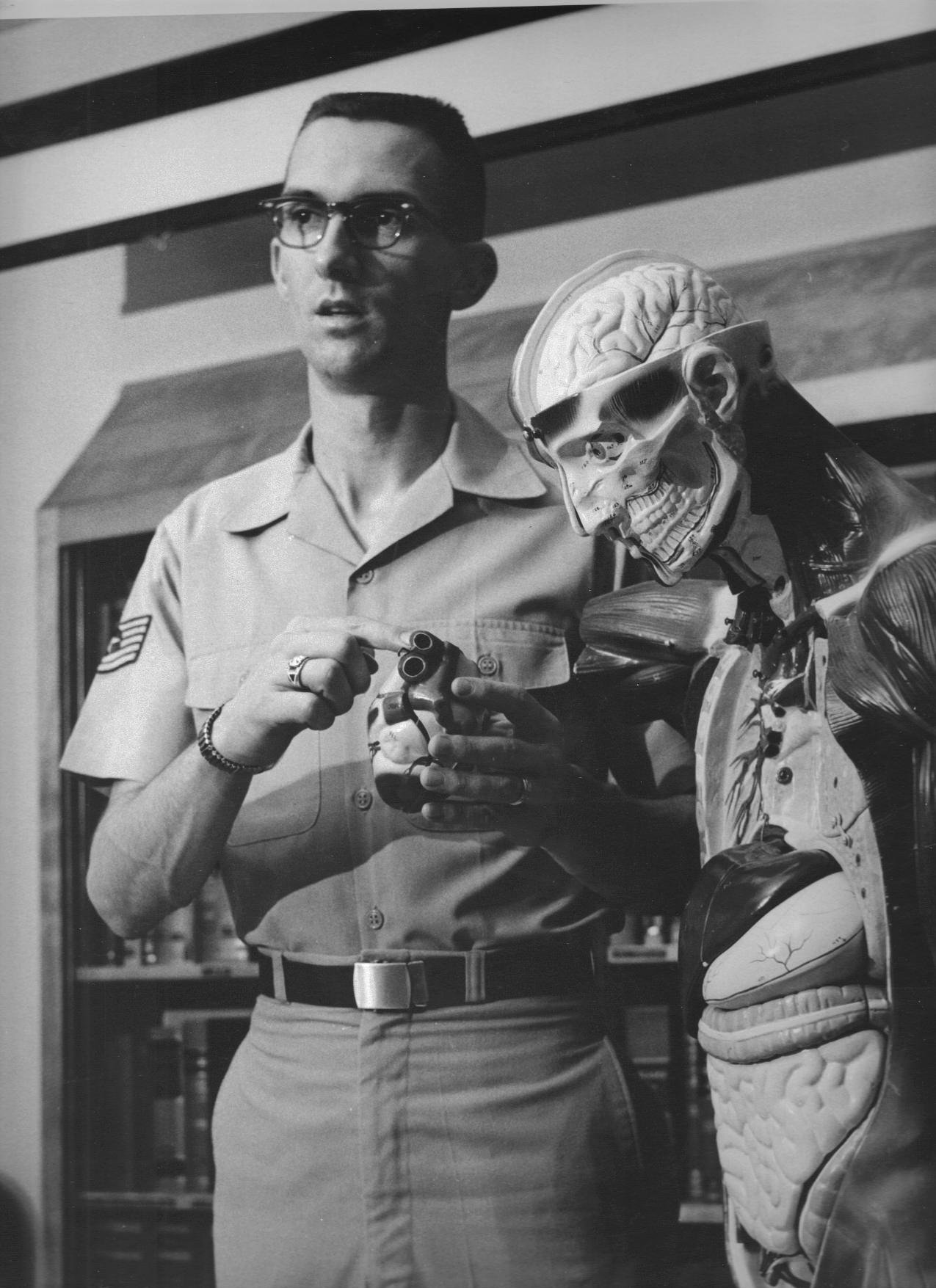 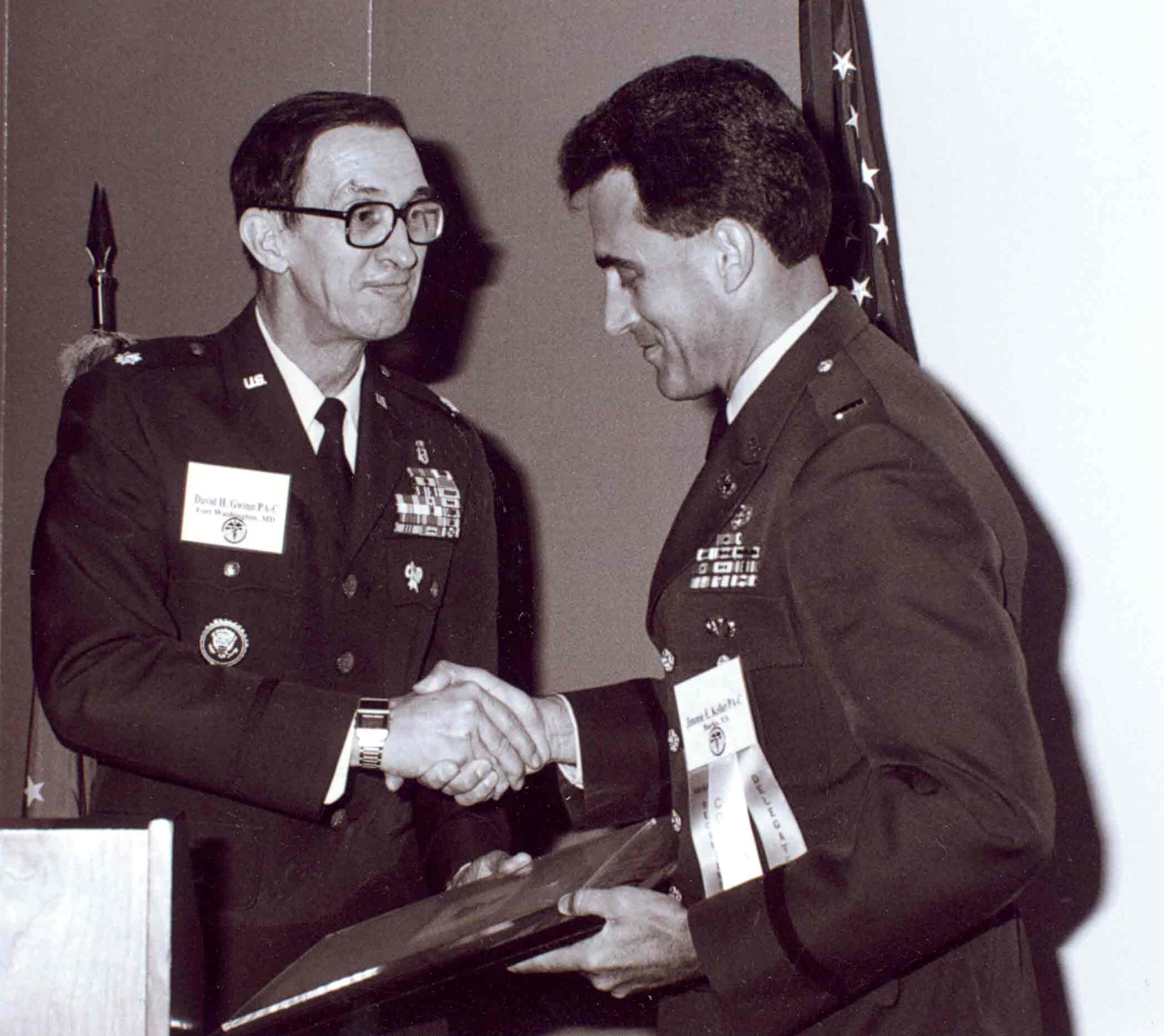 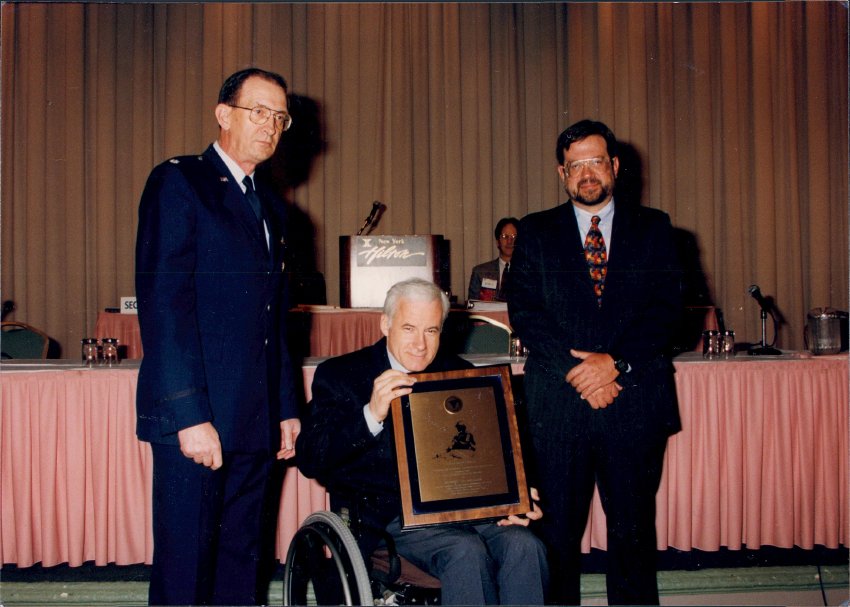