Dr. P. Eugene Jones is a past president (1999-2000) of the Physician Assistant Education Association (PAEA) and a former Editor-in-Chief (2005-2012) of the Journal of Physician Assistant Education (JPAE).  As editor, the JPAE steadily improved its quality and was awarded MEDLINE Index status in 2011.  He has chaired many PAEA task groups and research committees as a founding member of the PAEA Research Institute.  Jones received the PAEA Research Achievement award in 2007.  In addition to articles published in the PA literature, he has authored articles that have appeared in the Journal of the American Medical Association (JAMA) and Academic Medicine that have kept physicians up-to-date of the PA profession’s growth and development.  Dr. Jones has also served on the editorial board of the Journal of the American Academy of Physician Assistants (JAAPA)

Jones enlisted in the Navy in 1969 and was trained as a hospital corpsman at Naval School of Health Sciences, San Diego, CA.  As a corpsman, he served primarily with the 3rd Battalion, 3rd Marines, 1st Marine Division at Camp Pendleton California.  In 1973 he was selected to enter the third class of PA students that were being educated in a joint United States Air Force/United States Navy (USAF/USN) program located at the Sheppard Air Base in Wichita Falls, Texas.  The USAF/USN bachelor of science degree program was affiliated with the University of Nebraska.  While enrolled in the program, Jones met his future wife Elizabeth, the lone female student in his class. He graduated in 1976 and remained in the US Navy as a PA until 1989.  His final assignment upon retirement was at Naval Air Station, Miramar, California, at which time he also served as the Physician Assistant Specialty Advisor to the U.S. Navy Surgeon General.  He retired as a Chief Warrant Officer 4, prior to the granting of full commissions to Navy PAs.

Jones obtained a Master’s degree in Health Services Management from Webster University in 1981 and a Doctorate in Education with a major in evaluation and quantitative analysis from Claremont Graduate University in 1991.  Between 1990 and 1993 he served on the faculty of the University of Wisconsin-Madison PA Program.

Although retired, Jones remains active serving as an advisor to the PAEA’s Professional Services, working as a volunteer at a local VA clinic, and continuing to conduct and publish research. He enjoys having more time to fish and travel with his wife for pleasure.

Acknowledgments:  This biography was prepared by Reginald Carter with the assistance of Dr. Jones and submitted to the Society on August 4, 2017. Portrait photograph is courtesy of the University of Texas Southwestern Medical Center, Dallas, TX. The second photograph is from AAPA photographic collection, Physician Assistant History Society, Johns Creek, GA. Eugene Jones is presenting at Miami FL Conference, 1993. Information for this biography was extracted from online biographical information provided by the University of Texas Southwestern Medical Center in Dallas and articles appearing on PAEA Online. 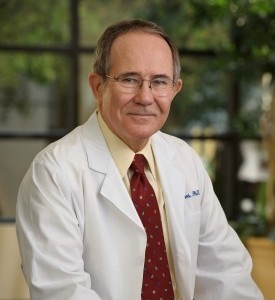