The founder of the nation’s first formal educational program to train surgeon assistants, John Webster Kirklin (1917-2004), was also a pioneer in the development of cardiac surgery. He modified and made clinically workable a heart-lung bypass machine (Mayo-Gibbon pump) when none were reliable. He made innovations and taught precision in operative techniques, patient care, pathophysiology of cardiopulmonary bypass; and he wrote and co-edited a current standard textbook in cardiac surgery.

His concept of training surgeon assistants as a new type of physician assistant in the late 1960s was based upon his contention that physicians were maldistributed by region and by specialty, even if there were no actual shortage of them. He believed that physicians were over-trained in many respects for tasks they performed and envisioned qualified assistants, properly trained and supervised, performing some of the more routine tasks traditionally performed by physicians.

Dr. Kirklin was born in Muncie, Indiana in August, 1917. At the age of eight he moved with his family to Rochester, Minnesota when his father, a radiologist, was recruited to the Mayo Clinic. After finishing his undergraduate training at the University of Minnesota, he attended medical school at Harvard University graduating magna cum laude in 1942. After interning at the University of Pennsylvania, he returned to the Mayo Clinic for a residency in surgery in April 1943. In mid-1944 at the peak of World War II, he was inducted into the Army where he trained in and practiced military neurosurgery until August 1946. He returned to the Mayo Clinic and completed his surgical residency there in October 1950. His residency included spending six months under Dr. Robert Gross at Children’s Hospital, Boston. He remained on the faculty at Mayo and during the 1950’s modified the Gibbon heart-lung bypass machine and performed the first series of successful operations with it. He became Professor of Surgery in 1960 and Chairman of the Department of Surgery at the Mayo Clinic in 1964.

The University of Alabama at Birmingham (UAB) recruited him to chair their Department of Surgery in September 1966. The reason he left the Mayo Clinic, he later stated, was the question of whether he wanted to keep on doing, the last fifteen years of his professional life, what he had done the first fifteen, or whether he wanted to do something different. He said the environment in Birmingham was better and freer than in Rochester to bring about his ideas for a department of surgery and the training of surgeons.

Dr. Kirklin started the UAB’s Surgeon Assistant (SA) Training Program in 1967 and recruited his wife, Dr. Margaret Kirklin, to be the program’s first Academic Director. There were initially four students — three of whom remained at UAB for the rest of their professional lives. As a general surgical resident in his research year, Dr. John J. Gleysteen recalls in 1973 being asked to teach medical physiology to SA students. He found that it was all he could do to stay one chapter ahead of these eager students as they navigated through Arthur Guyton’s Textbook of Medical Physiology.

Dr. Kirklin was a unique individual and his name invokes a special magic at UAB. He was energetic and disciplined. An article titled “John Kirklin — the man behind the Kirklin Clinic” that appeared in the UAB Magazine 1992 spring/ summer issue states: “In surgery, as in life in general, Kirklin believes in what works. He seeks efficiency. And he believes that efficiency is enhanced by orderliness, by meticulous attention to detail, and by simplicity and economy …… He believes that streamlining the surgical process into a quiet, deliberate ritual creates an atmosphere of calmness that can, to some extent, counteract human fallibility by freeing up the surgical team’s mental energies to improvise in a crisis.”

“Kirklin’s meticulousness extended to the details of his personal appearance which he thought conveyed important ‘signals’ to patients and their families. He was convinced that a disheveled surgeon provoked anxiety by creating an impression of disorder, while a surgeon who looked fresh and neat and ‘in control’ was reassuring. So before speaking with patients and their families, he always shaved, combed his hair, and donned a freshly pressed and starched white lab coat — regardless of the hour.”

Dr. Kirklin remained Chairman of the Department of Surgery until 1982. He continued his cardiovascular surgery practice, as Director of that Division, until 1989. Afterward he continued as editor of The Journal of Thoracic and Cardiovascular Surgery, directed several multi-institutional studies on various cardiac procedures, and he came to work early every morning. He produced another edition of his 2-volume text: “Cardiac Surgery: Morphology, Diagnostic Criteria, Natural History, Techniques, Results, and Indications” which came out recently in a third edition authored primarily by surgeons trained by him at UAB.

His endless curiosity and hunger for new knowledge continued as quoted in the UAB Magazine article: ‘It’s a fascinating world’ he says, ‘just fascinating. The unknown is always fascinating. The mountain is there. You might as well try to climb it.”Dr. Kirklin died from complications of a head injury in April, 2004.

Acknowledgement: We thank Dr. John J. Gleysteen for preparing and editing this biographic sketch of Dr. John W. Kirklin. The photographs are courtesy of UAB. 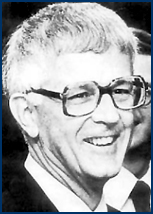 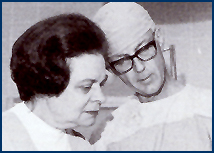