Dr. Margaret K. Kirklin (January 15, 1916-April 8, 2009) is the first woman physician to help develop and direct a physician assistant program in the United States. She became involved in the program’s development when her husband, Dr. John W. Kirklin, a renowned cardiothoracic surgeon, conceived the idea to formally educate Surgeon Assistants (SAs) at the University of Alabama (UAB) School of Medicine in Birmingham. The two-year program became fully operational in 1967. The first class included both men and women, two of whom were minorities. All but one had previous military or civilian allied health care experience. The Veterans Administration Hospital provided funding and student stipends and served as a clinical rotational site for SA students during the early years. The first SA students took their didactic classes with medical students at UAB. The following year, Dr. Margaret Kirklin assumed directorship of the program and developed a distinct and separate didactic curriculum taught by her and other members of the Medical School faculty. Under her leadership, the program began offering a baccalaureate degree to SA students in 1972 and became affiliated with the School of Community and Allied Health. In 1974, the SA program applied and received accreditation from the Joint Review Committee of the American Medical Association Council on Medical Education in collaboration with the American College of Surgeons. It was also in 1974 when Margaret Kirklin relinquished her role as program director. Within six years she had made her husband’s concept of educating highly qualified surgeon assistants a reality, putting the SA program on a firm path for future success. During this time, she coauthored a number of articles and book chapters about the training and use of surgeon assistants in various surgical subspecialty practices.

Margaret Kirklin was born on January 15, 1916 in Tekoa, Washington. She was the youngest of six children. Her parents were Charles Hair, a business owner and a farmer, and Birdeen Walker Hair. She graduated from Tekoa High School in 1933 and earned a Bachelor of Science in Zoology with honors in 1937 at the State College of Washington (now Washington State University) in Pullman, Washington. She did graduate work in Zoology at Oregon State University before attending medical school at the University of Buffalo (also known as the Jacobs School of Medicine and Biomedical Sciences), graduating in 1942. She was one of six women in a class of sixty. In 1943, after a year-long internship in Buffalo, New York, she began an internship in internal medicine at the Mayo Clinic in Rochester, Minnesota.

In September, 1966, she moved to Birmingham, Alabama with her husband, who was appointed director of the Department of Surgery at University of Alabama in Birmingham. She was given a clinical faculty appointment in the department of surgery when she took over the helm of the SA program. She later ran the library which housed video recordings of grand rounds, among other things, and retired in the early 1980’s. Her husband, John K. Kirklin, preceded her in death in 2004. One son, James K. Kirklin, is a cardiothoracic surgeon who became the Director of Cardiothoracic Transplantation at UAB and Director of the Division of Cardiothoracic Surgery. The family’s contributions to improving the health care of families in Alabama were recognized in 1972 with the establishment of the Kirklin Clinic of UAB Hospital to accommodate a growing demand for outpatient health care services.

In her honor, a deserving student receives the Margaret Kirklin Award for Academic Achievement from UAB PA Program annually.

Acknowledgments: This biography was prepared by Dr. Reginald Carter and Ms. Helen W. Kirklin and submitted to the PAHx Society in June 2019. Photographs are courtesy of Ms. Helen Kirklin. 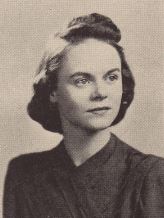 Margaret K. Hair (before she married John Kirklin) from her medical school yearbook, 1942. 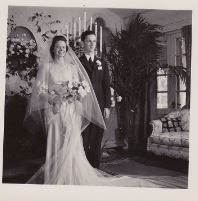 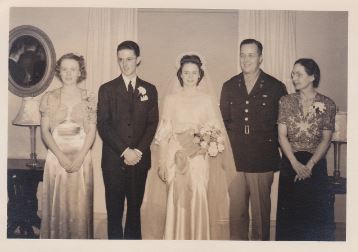