Dr. Ashutosh Roy was the first program and medical director of the Primary Care Physician Assistant Program at the University of Southern California from 1979 to 1983.  He served on the Board of Directors of the Association of PA Programs (APAP, now PAEA) from 1981 to 1983.  He was called Ashu by those close to him, Tosh by his friends, and Dr. Roy by his colleagues and students.  He was a staunch advocate for the education and use of PAs during the profession’s formative years.

Dr. Roy was born in Calcutta (Kolkata), India in 1929.  He received his medical degree from the University of Calcutta in 1956, followed by a residency in Ob-Gyn at the R.G. Kar Medical College beginning that same year.  He became an Instructor and Research Fellow in the Department of Physiology at the University, instructing graduate students and conducting research on the effects of induced hypothermia, receiving a research fellow scholarship award for those studies.

He continued his hypothermia research in the Department of Surgery in 1958 and 1959, exploring its potential therapeutic benefits.  At the same time, he furthered his residency training in the Department of Medicine, followed by a year of surgical residency in Staffordshire General Infirmary, Staffordshire, England.  Remaining in England, from 1960 to 1963 he worked as a research fellow in the Experimental Surgical Unit at the Royal Postgraduate Medical School in London, extending his work on therapeutic hypothermia, this time for acute cerebral damage, and wrote his doctoral thesis based on that work.

During this period, he treated emergency patients as Senior Resident Casualty Officer at Lambeth Hospital, London and served as Clinical Research Assistant in the Department of Cardiothoracic Surgery, where he conducted hypothermia-assisted cardiopulmonary bypass on more than three hundred patients.  Based on this work, he was recruited to the Department of Surgery at the Stanford University Medical Center in Palo Alto to conduct additional experimental surgery research using hypothermia.

From 1965 to 1973, Dr. Roy moved to the private sector, first as Senior Research Scientist at Northrop Space Laboratories, in the Division of Biodynamics, then as Scientific Advisor at North American Rockwell Corporation, and finally as Director of Research and Medical Director at Bentley Laboratories in Irvine, California.  He returned to academia in 1973 as Medical Director of the Biomedical Engineering Institute at the University of Southern California (USC).  He then shifted to the USC Medical School’s Department of Emergency Medicine, based in the LA County/USC Medical Center, where he served as Director of Research, focusing on quality-of-care issues from 1974 to 1975.

At that same time, the Department of Emergency Medicine had initiated a physician assistant program, headed by faculty from the department.  As a foreign medical graduate, Dr. Roy could not practice in California despite his impressive résumé, and he was tapped for the PA program director position in 1975.  He headed a staff of PA instructors who shepherded students through the accelerated twelve-month program.  Program funding came from state and federal grants earmarked for primary care training, but the grant agencies had grown skeptical about the USC program’s legitimacy, because it was housed in the emergency medicine department.  Dr. Roy undertook the hazardous and delicate work of shifting the program’s administrative home, while at the same time enhancing its academic status.  The program at the time was affiliated with East LA Community College for its academic credits.  Dr. Roy hired a doctoral level educator/evaluator who helped to develop a bachelor’s degree level affiliation with California State University, Dominguez Hills.

In addition to Emergency Medicine’s fledgling residency program, Family Medicine was establishing a residency at USC at the time, but the new specialty was only a division of the Department of Preventive and Family Medicine.  Through a slow and delicate process of shuttle diplomacy between Emergency Medicine, Family Medicine, and the medical school dean’s staff, and with the blessings of Dean Allen Mathies, Jr. (who had received subtle pressure from the PA program accreditation agency and from program faculty to move the program more in the direction of primary care), Dr. Roy first was able to place the program under the dean’s direct control, and when Family Medicine became a full department, move it into that administrative home.    He was an excellent negotiator who knew how to guide others in the right direction.

Dr. Roy treated his PA faculty as equals, gave them freedom to work independently, and encouraged their development.  His staff, as a result, was fiercely loyal to him.  He supported enhanced regulations for PAs in California and appointed a PA as Assistant Program Director, the first such at USC.  He also led the program into the broader state and national arenas by participating in educational activities of the California Consortium of PA and NP Programs and the national Association of PA Programs (APAP), now known as the PA Education Association (PAEA), becoming an officer of the latter’s Board of Directors.  His calm, cool presence (all that hypothermia work!) and his supportive nature attracted many new friends to him from among the Association’s members.  His support of the California Consortium’s informal retreats helped foster a spirit of cooperation among the state’s PAs and NPs.

Many people sensed a spiritual quality in him, which was part of what attracted people to him so strongly, but few knew that he, his wife, and their two children lived in a spiritual community, the Vedanta Ashram, located in the hills of a suburb not far from the medical center.  He enjoyed eating and cooking good food, drinking his daily cup of strong tea in his favorite tea-stained cup, and going to the cafeteria with the Family Medicine Department Chairman, Dr. Peter V. Lee, for an afternoon ice cream and chat.

Once Family Medicine became a full-fledged department, it arranged a special residency for Dr. Roy which enabled him to receive a California medical license.  He began practicing at two clinics associated with the department, and the additional work may have been a factor in his too early demise.  After attending a meeting on USC’s University Campus, Dr. Roy suffered a fatal heart attack in 1983.  All who knew him felt his loss dearly.

Acknowledgments: This biography was prepared by Jack Liskin, Janice Tramel, and  Judy Schwabel Moffett. It was submitted to the Society in April 2022. The photographs are courtesy of Mr. Liskin, the Keck School of Medicine of USC, and the PA History Society Digital Photograph Collection, PAHx Society Archives, Johns Creek, GA. 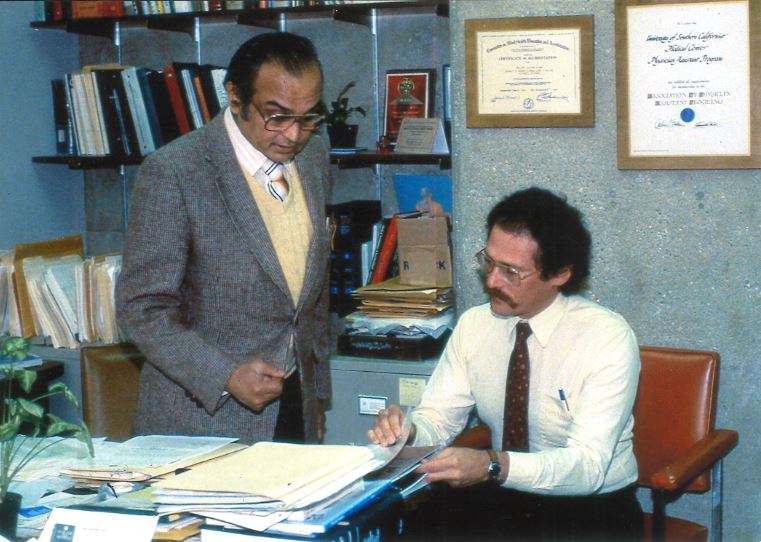 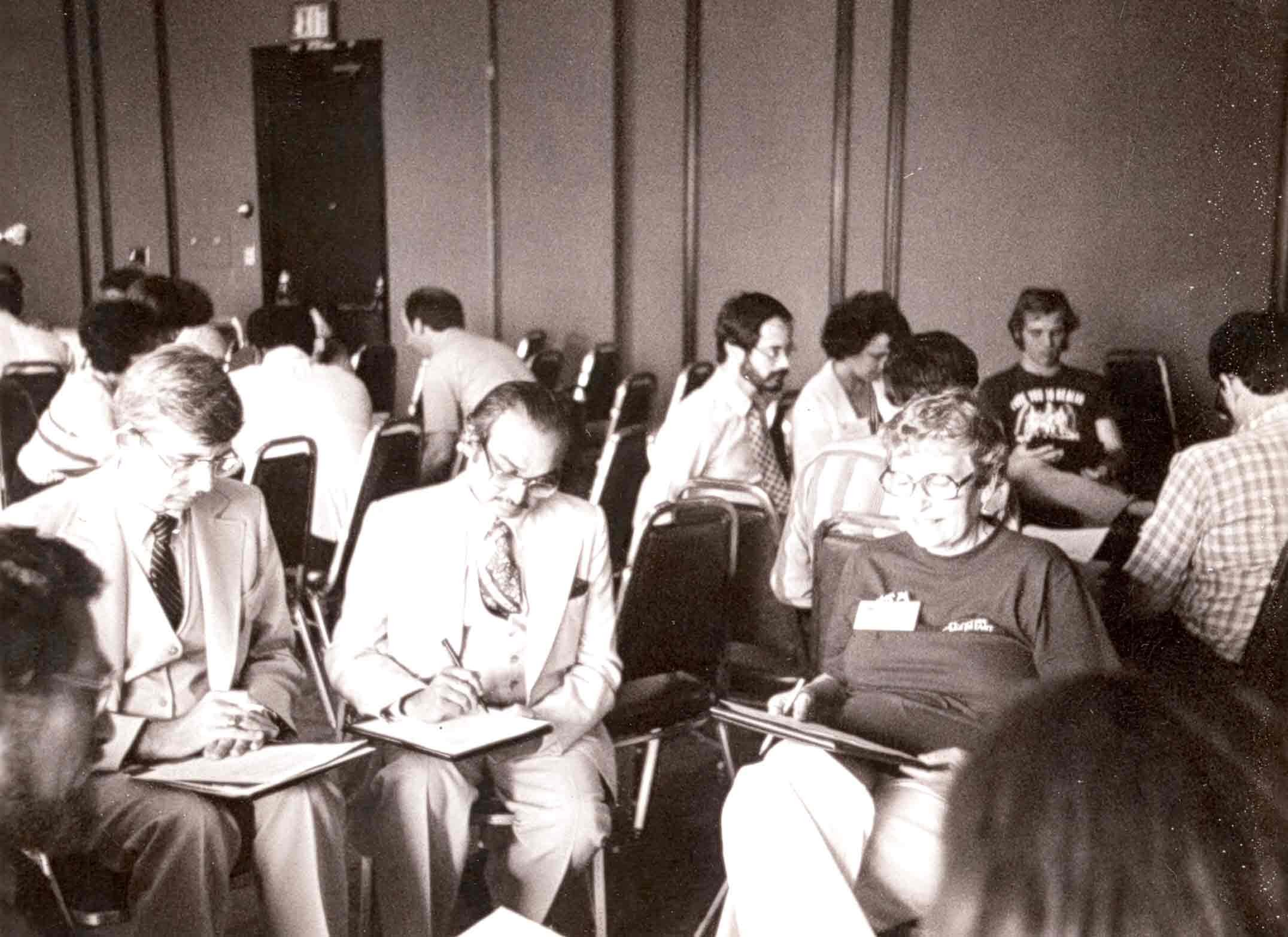 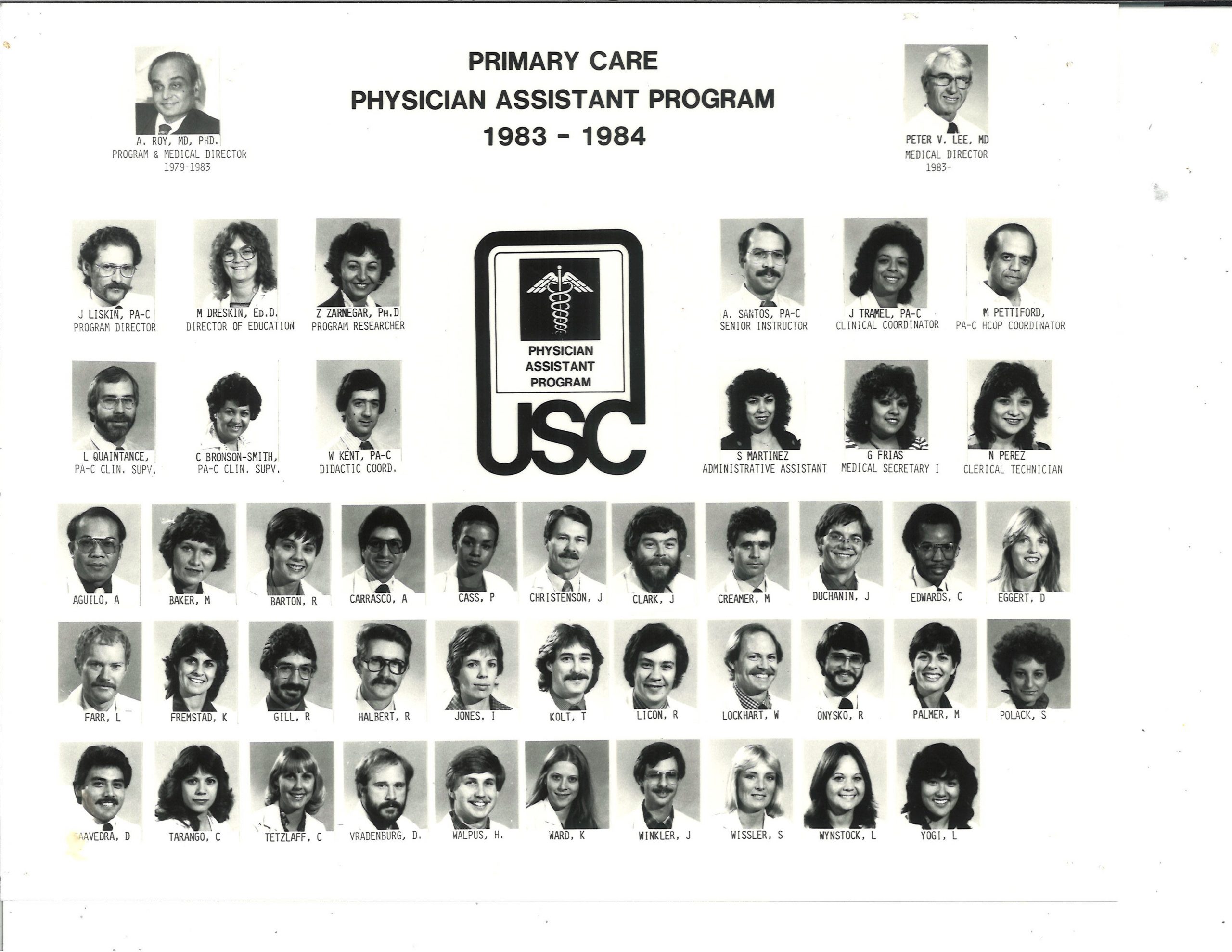