William Stanhope was the first president of the American Academy of Physician Assistants (AAPA), serving two consecutive terms, 1968-69 and 1969-1970. During his time as president and later as its secretary (1972-1974), Stanhope paved the way for the Academy to become a national leader in the development of academic standards for physician assistant programs; certification and continuing medical education guidelines for PAs; and legislative and reimbursement recognition for PA clinical services. He helped establish the PA program at the University of Oklahoma and the Oklahoma Academy of Physician Assistants. He has been involved directly or indirectly in the education of physician assistant students at six institutions while maintaining and active practice and interest in orthopedic surgery.

Prior to entering the Physician Assistant Program at Duke University in 1967, Stanhope completed three years of military service as a surgical technician in the US Army. While a student at Duke, he joined Richard Scheele, one of the first graduates of the Duke PA Program, to found the American Association of Physician’s Assistants (later to become the American Academy of Physician Assistants). Scheele was enamored with the PA concept and believed that PAs should organize and participate fully in any decision-making that would affect their future careers. With Scheele’s encouragement, Stanhope accepted the challenge to organize PAs and became a founding member and the first president of the fledgling organization.

In 1969, Stanhope graduated from Duke and was immediately recruited by Dr. Hu Myers to work with him as a surgical PA and be an instructor at the Alderson-Broaddus College PA Program, Philippi, WV. To sweeten the deal, Myers offered Stanhope the opportunity to complete his baccalaureate degree at Alderson-Broaddus. The college was the first to offer a degree to PA students. Stanhope wasted little time in getting the Alderson-Broaddus students to join the AAPA. In 1970, he was hired by Dr. A. William Horsley to establish a PA program at the University of Oklahoma. Dr. Horsley was an internist with the Veteran’s Administration Medical Center and wanted Stanhope to develop the program in the Department of Family Practice, Community Medicine and Dentistry at the Oklahoma University Health Sciences Center campus in Oklahoma City. Accordingly, Stanhope became the first PA to be a program director and to hold a tenured faculty rank at a major medical school. His students soon joined the AAPA. Stanhope stayed at Oklahoma for 13 years. During this time he helped get PA legislation enacted in the state; served on the National Board of Medical Examiners Steering Committee to develop the first national examinations for PAs; and played an important role in the formation of the National Commission on Certification of Physician Assistants (NCCPA).

In 1978, Stanhope became the first PA selected as a Robert Wood Johnson Health Policy Fellow. When his one-year fellowship ended, he returned to Oklahoma to establish an Occupational Medicine/Industrial Hygiene program, one of the first post-graduate master’s programs for PAs in the country. He left Oklahoma in 1989 to complete his PA surgical residency at the Montefiore Hospital, Bronx, New York. He remained at Montefiore practicing surgery for two years until he was asked to take over the helm of the Harlem Hospital PA program. He remained with the program for eight years. Stanhope ended his PA academic career by establishing a combined PA/MPH program at Touro University, Mare Island, CA and serving as the Acting Dean of the School of Health Sciences.

While in Oklahoma City, Stanhope ran an orthopedic spine clinic at the Veteran’s Administration Medical Center. At the Montefiore Hospital in Bronx, he directed a comprehensive neurosurgical spine service and later in San Francisco, he practiced neurosurgery as a PA.

Stanhope was a co-founder and instructor for a series of leadership conferences to develop new program directors for the PA profession. These conferences were held at Sugarloaf, ME in the early 1990’s. In 1999, he finished and received his masters of sciences degree from the University of Nebraska, College of Medicine, Lincoln, Nebraska. Stanhope has received national honors from the American Academy of Physician Assistants, the AAPA Veteran’s Caucus Award and the Duke University PA Education Division. For his contributions at Oklahoma, there is an endowed scholarship in his name.

When his wife, Dr. Dana L. Sayre-Stanhope, became director of the St. Louis University (SLU) PA Program in 2004, Stanhope joined the faculty of the Institute for Biosecurity, SLU School of Public Health. He was an associate professor and the director of special projects. While at SLU he was involved in developing and conducting pandemic preparedness drills and conducted extensive research in the 1918-19 Influenza pandemic. In 2007 he moved to Atlanta, GA when his wife became director of the Emory PA Program. For the next six years he continued to teach his online classes in History of Epidemics and Disasters, Public Health and Medical Intelligence. He also continued to direct the capstone projects for SLU’s graduate students in the school’s Biosecurity graduate program. He retired from SLU as an Adjunct Professor in 2013. He continued to teach courses on the History of Epidemics at the Emory University OLLI adult education program until 2019.

Shortly after moving to Atlanta, Stanhope began to volunteer at the Dr. Martin Luther King National Historical Park and Trails and Rails program. While there he became consumed by the complexities of the Civil Rights struggle and focused his narratives on the historic and ongoing issues surrounding voter suppression.

Currently, Stanhope and his wife live in San Diego, CA where his wife is the Chair of the Department of Physician Assistant Education at Point Loma Nazarene University.

In addition to serving as a volunteer at the Cabrillo National Monument, Stanhope along with other members of the PA History Society are focusing energy on developing an exhibit at the Maine Military Museum titled My Brother’s Keeper. My Brother’s Keeper will acknowledge the roots of the PA profession while recognizing and honoring the vital and heroic role of combat medics and corpsmen throughout our nation’s wars.

Acknowledgments: This biography was written by Reginald Carter, Ph.D, PA, with the assistance of William Stanhope. Photographs are from the PA History Society Archives. Biography was updated in April 2020. 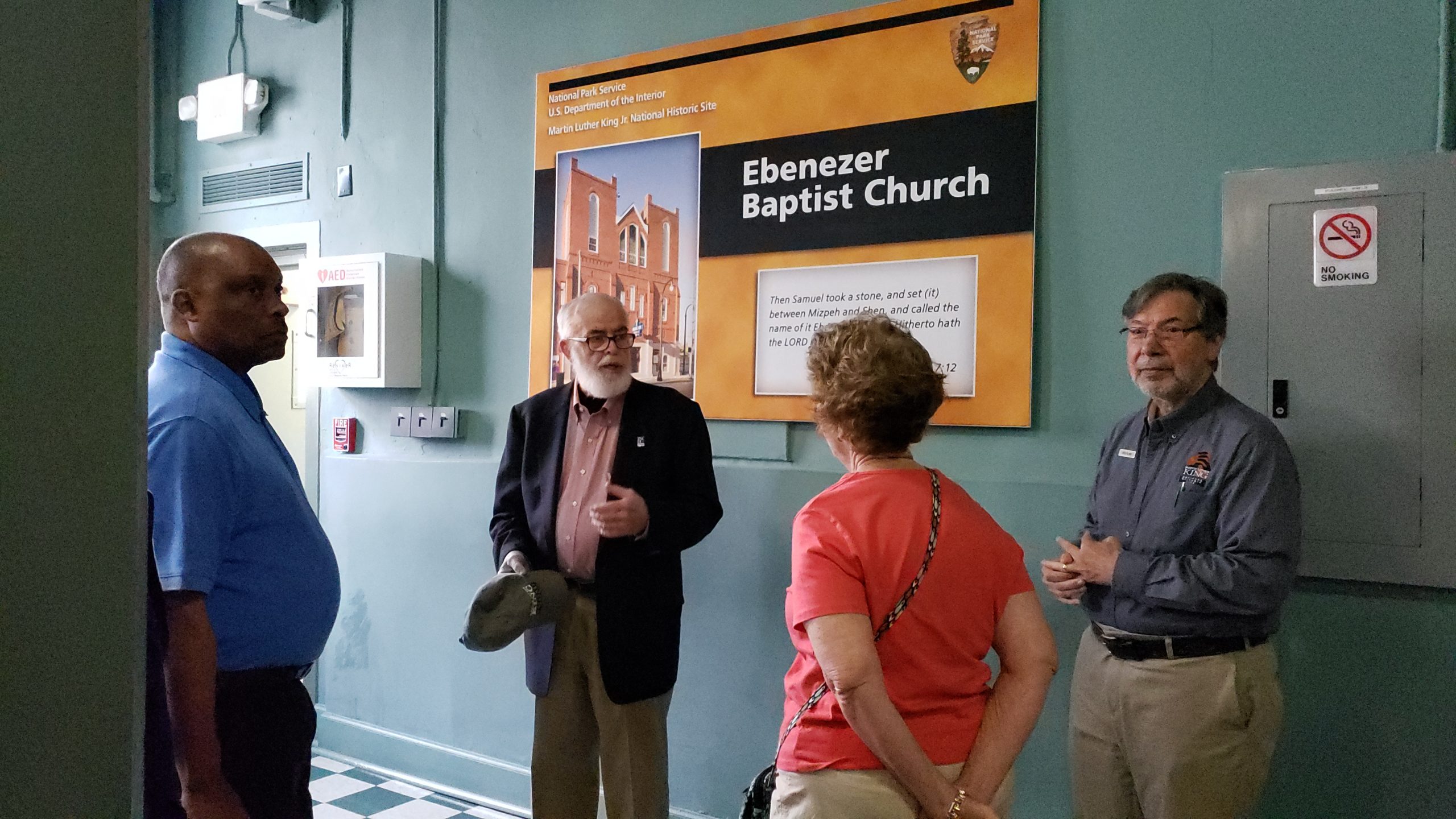