Peggy Valentine’s career in the PA profession followed a short career as a registered nurse. She enrolled in the physician assistant program in 1977 at Howard University, and practiced briefly at George Washington University Student Health Clinic. After several months, she was recruited to join the PA faculty at Howard University and became department chairman in 1983, serving in that role for six years. Dr. Valentine continued to practice on a part-time basis as a PA at DC Jail and the Correctional Treatment facility until assuming the role of associate dean in 1998. Her service to the PA profession included chair of the Student Minority Affairs committee and chair of the AAPA Minority Affairs Committee, each for three consecutive years. In 1987, she served as President of the DC Academy of Physician Assistants. She served on the editorial board for the Journal of the American Academy of Physician Assistants for 6 consecutive years. She worked with colleagues to establish Project Access, a national minority recruitment program. In her role as a PA educator, she served as an accreditation site visitor for over a decade.

Dr. Valentine received the Doctor of Education Degree from Virginia Tech, the Master of Arts Degree and Bachelor of Science Degree from Howard University. She was honored as “Educator of the Year” by the American Academy of Physician Assistants in 1997. The Association of Schools of Allied Health Professions elected her as fellow in 2003 and she received the cultural pluralism award for her work by that organization in 2007. The Howard University Faculty Senate honored her for “Outstanding Contributions to the African Diaspora” in 2005.

Dr. Valentine has conducted research on homeless and minority issues. She has lectured extensively on minority HIV/AIDS issues to professional and lay groups nationally and internationally. She has published in refereed journals, textbooks, and HIV/AIDS training manuals, and currently serves as Editor in Chief for the Best Practices in Health Professions Diversity Journal, which she founded in 2007.

Acknowledgments: This Biographical Sketch was prepared by Dr. Peggy Valentine with the assistance of Dr. William Marquardt and submitted to the Society in September 2013. Dr. Valentine provided the portrait photograph. The second photograph is from the AAPA Photographic Collection donated to the PA History Society. The banner photo is of Dr. Valentine in a Project Access classroom, 1991, courtesy of the PA History Society. 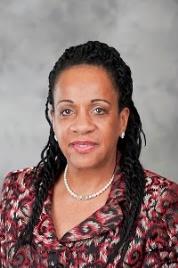 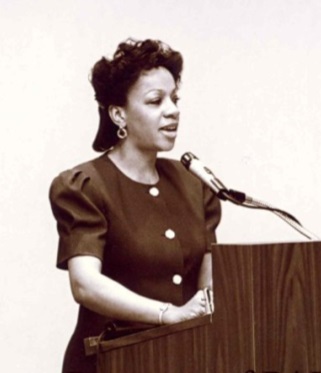