Denni J. Woodmansee, MPAS, PA-C, was drawn to medicine from an early age.  Active in the Boy Scouts in his youth, he enjoyed earning merit badges in first aide and lifesaving on his journey toward becoming an Eagle Scout. Born and raised in Northern California, Woodmansee would often see U.S. Air Force planes from a nearby Air Force base fly overhead. From these experiences, he developed a yearning to have a career in medicine or as a pilot. He would eventually realize both but not quite like he thought.

In 1969, during the height of the Vietnam conflict, Woodmansee received a letter from the local draft board instructing him to report for a pre-induction physical examination.  Rather than wait for the draft process to be implemented, he enlisted in the U.S. Air Force.  In the Air Force, Woodmansee was trained in electronics and was assigned as an air crew member flying reconnaissance missions on RC-135 aircraft in South East Asia.  After his four-year enlistment was completed, he returned to college using his G.I. Bill benefits and graduated with an Associate of Arts degree in Respiratory Therapy.  Woodmansee began working as a critical care respiratory therapist at a San Francisco medial university managing mechanically ventilated patients.  Due to his organizational and administrative abilities, he was promoted to Director of Respiratory Services in the neonatal ICU. In 1980, one of his staff members resigned to attend PA school.  Intrigued by this new type of medical training, Woodmansee began to read up on this new profession. The following year, he entered the Northeastern University Physician Assistant Program and graduated in 1983.

After graduation from PA school, Woodmansee worked clinically at several different sites, gaining experience in primary care, allergy/immunology, and correctional medicine.  After several years of practice in the private sector, in 1992 he began work at a Veterans Administration (VA) Hospital in Boston, MA as the hospital’s Director of Occupational Health.  Woodmansee further developed his administrative and management skills during this time when asked to develop and implement a plan to consolidate three occupational health programs during a multi-hospital merger.  He also served on several national committees, establishing system wide standards and policy governing occupational health and workers compensation.

In 2004, Woodmanee was asked by the first PA Advisor to the Under Secretary, Joseph Streff, to temporarily assume the duties of his position.  Col. Streff was an army reservist and had been called to active duty.  Shortly thereafter, Col. Streff’s active duty tour was extended and he resigned his VA position.  Woodmansee was then appointed permanent PA Advisor to the Under Secretary.  In 2011, he was promoted to the Director of Physician Assistants.

During his leadership tenure in the Department of Veterans Affairs, Woodmansee continually championed the PA profession.  He authored a new job description for all VA physician assistants and in 2013 Directive 1063 was officially published.  According to the directive, PAs in the VA would no longer be “supervised” by physicians but instead, would “collaborate” with physicians.  Also, physicians would no longer be required to sign a PA’s medical record, and VA physician assistants would be considered “autonomous”.  Woodmansee also fought for new and improved methods of compensation for PAs. His efforts, combined with those of his successor Scot Burroughs, resulted in the full implementation of locality (market pay) for all PAs in 2020.

Woodmansee retired from the VA in 2018 after 26 years of service.  Two weeks after retiring from the VA, he was on his way to Ireland to become program director of the new MSc Physician Associate Studies Programme at the Royal College of Surgeons in Ireland.  Woodmansee completely revised the entire curriculum, designed the scope of practice for PAs in Ireland, and moved the Irish Society of Physician Associates from a concept to a functioning, viable organization.  Woodmansee collaborated with the NCCPA to develop the Ireland Physician Associate National Examination and administered the first test for the new graduates in 2020.  Today, PAs in Ireland are being recognized as quality health care providers and are being integrated into the Irish healthcare system. He was active in PA profession advocacy activities in other international countries including the United Kingdom, Germany, the Netherlands, and Switzerland.  Woodmansee stepped down from his position as program director in October 2020, but not before he ensured processes were in place to ensure program continuity and had participated in the recruitment of the new program director. Woodmansee continues to contribute to the RCSI University and the PA program in his role as professor emeritus.

Woodmansee served on the NCCPA Board of Directors from 2007 to 2017.  He served on multiple Board committees and was Chair of the Board in 2016.

Woodmansee has received several recognition awards over his career including the AAPA Veterans Caucus PA of the Year, VAPAA Leadership Award, the AAPA Presidents Award.

Woodmansee lives with his wife and two older grandchildren in Northern Virginia.  He enjoys gardening, travel, and spending time with family and friends. 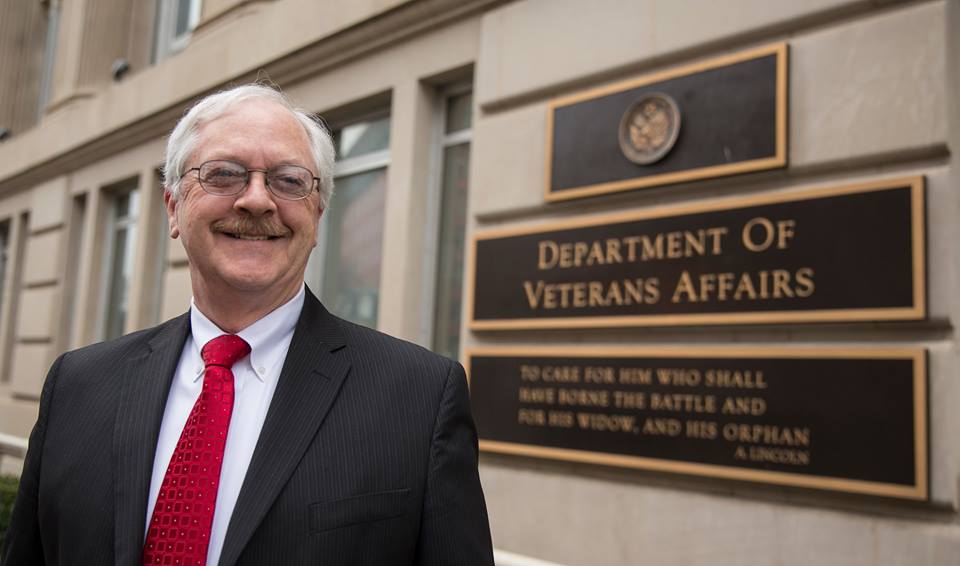 Denni Woodmansee in front of the VA. 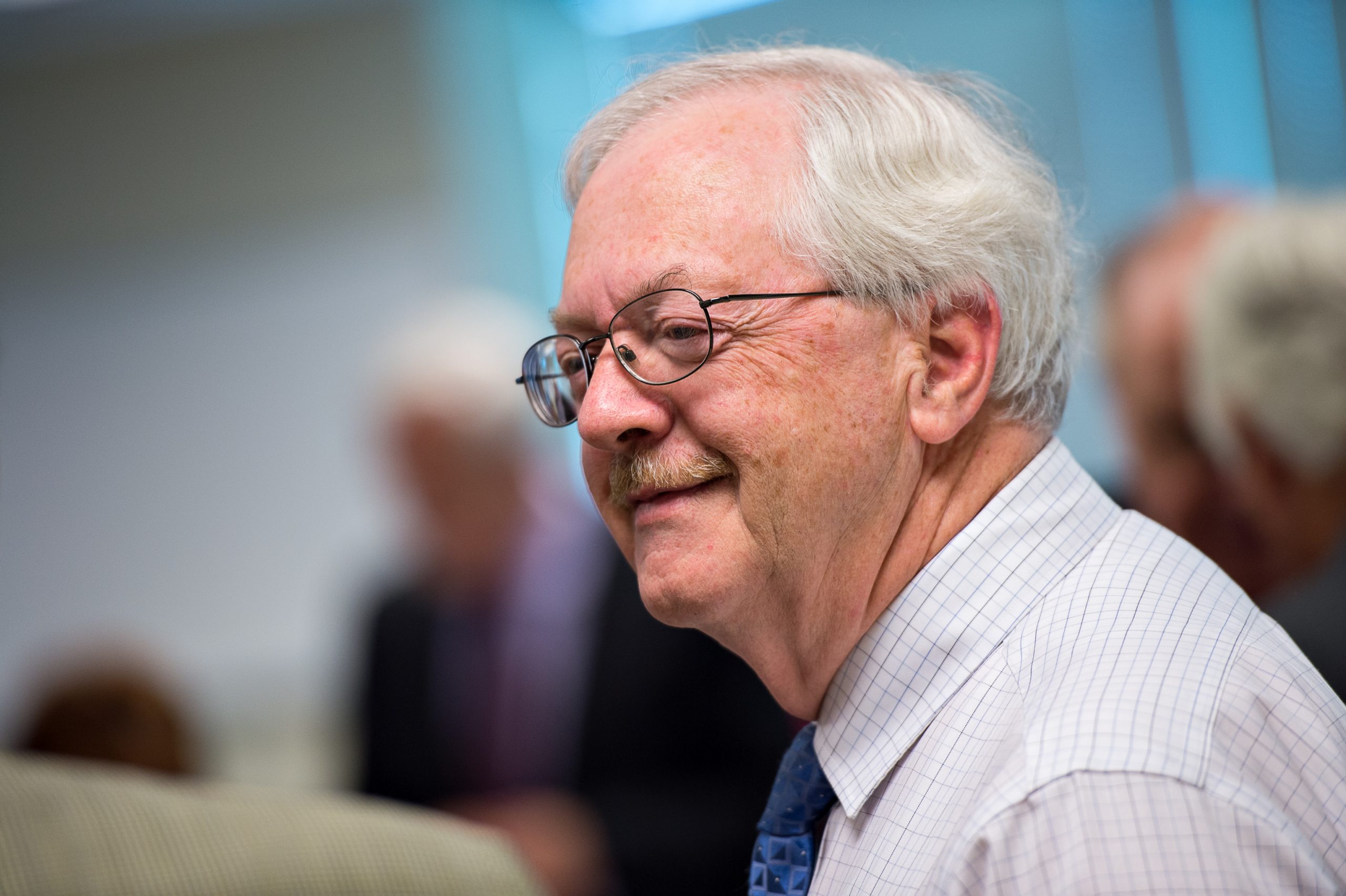 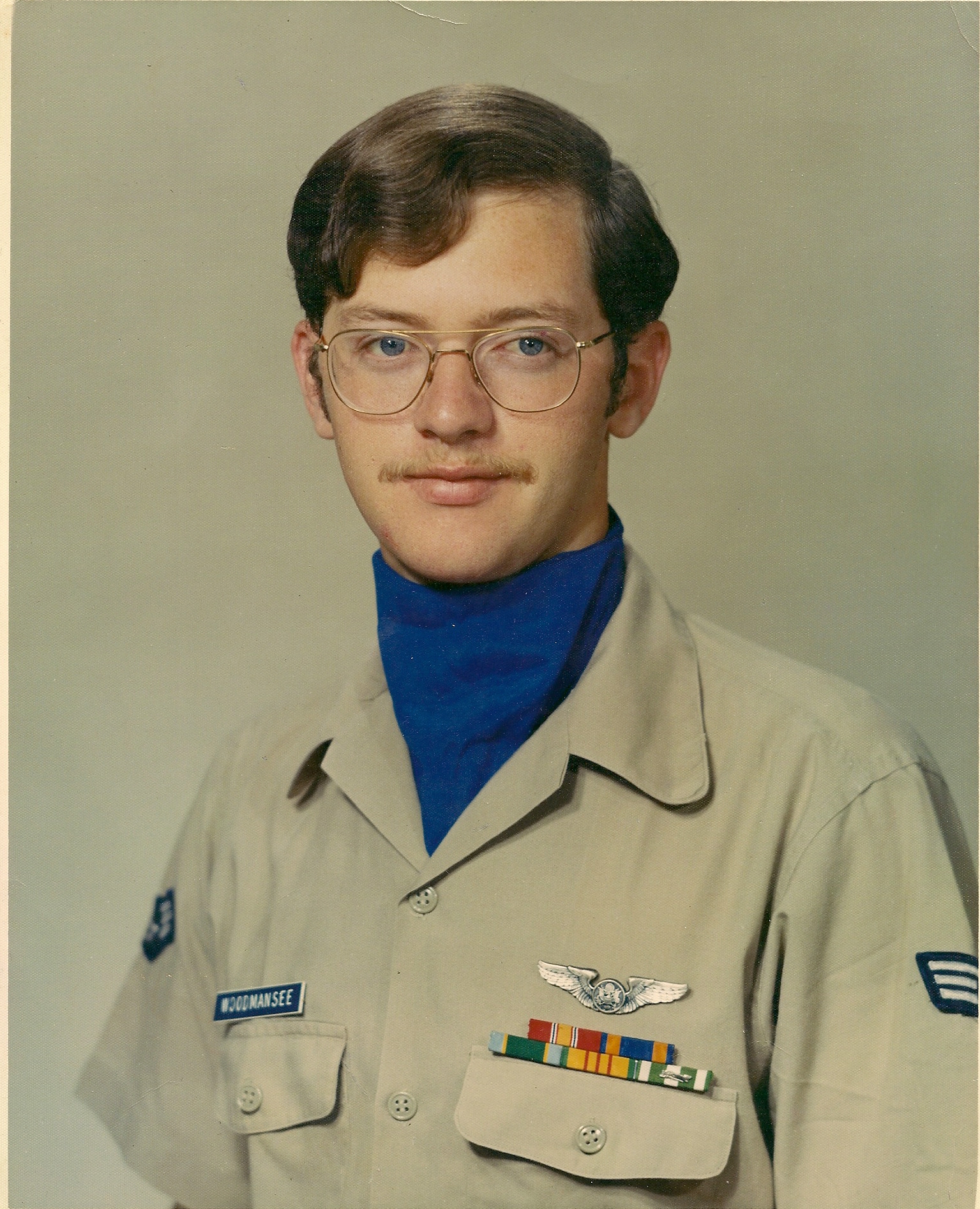 SGT. Woodmansee in the US Air Force.