Raymond H. Murray, MD, MACP, became involved in the education and national certification of physician assistants (PAs) during the formative years of the PA profession.  Together with Dr. Frederic Schoen and physician assistant Dan Fox, Dr. Murray established a PA Program at the Indiana University School of Medicine in 1972.  The PA program was the first one in the state.  He served on the Board of Directors of the Association of Physician Assistant Programs (APAP, now PAEA) and was elected as the Board’s vice president in 1975.  He was appointed by the American College of Physicians (ACP) to serve on the Board of Trustees of the National Commission on Certification of Physician Assistants (NCCPA); serving as the NCCPA’s third president from 1979-1980.  In addition, he represented ACP as a member of an oversight committee for a grant awarded to American Academy of Physician Assistants (AAPA) by the Bureau of Health Manpower in 1979.  The grant was used to develop a criterion-referenced self-assessment examination from which appropriate continuing education could be developed to ensure competency of PAs.

As Chairman of the Department of Community Health Sciences at Indiana University School of Medicine, Dr. Murray oversaw the education of both physician assistants and nurse practitioners, giving him a unique perspective about how to integrate “new health practitioners” into the mainstream of American Medicine.  He published articles and editorials in leading medical journals to keep his physician colleagues informed of how PAs and NPs were being used to bolster the health care workforce during a time of growing need for medical services.

Dr. Murray served in the Navy Medical Corps as a V-12, Lt. (JG) from 1943 to 1945 during World War Two.  He also served as a Senior Assistant Surgeon from 1951-1953 in the US Public Health Service.  He graduated from the University of Notre Dame in 1945 and received his medical degree from Harvard Medical School in 1948.  He interned at the Peter Bent Brigham Hospital, Boston (1948-49) and completed his residency at Roosevelt Hospital, NY (1949-50).   After spending a year at the National Heart Institute (USPSS) as a research associate, he became an Instructor at the University of Michigan Medical School in 1954. After spending seven years in private practice as a cardiologist in Grand Rapids, MI, he became Director of the Indiana University School of Medicine (IUSM) Cardiopulmonary Laboratory where he conducted aerospace medical research at Wright- Patterson Air Force Base located near Dayton, OH.  In 1969, he moved to Indianapolis, IN to become director of the IUSM Regenstrief Institute for Health Care.  In 1972, he was appointed Chairman of the IUSM Department of Community Health Sciences.  He left IUSM in 1977 to become Chairman of the Department of Medicine, College of Medicine at Michigan State University.  A position he held until his retirement in 1989.

Dr. Murray served as a consultant and chairman of various committees for over 30 medical and health professional organizations.  He published over 60 peer-reviewed articles on a variety of topics including cardiology, aerospace medicine, primary care, health workforce issues, alternative medicine and health maintenance organizations.  He became a Master of the American College of Physicians (ACP) in 2000 and served as ACP Governor for the Michigan Chapter from 1994 to 1998. Dr. Murray also served as a council member for the Michigan Chapter from 1978 to 1990 and as a member on the Chapters Subcommittee from 1994 to 1996. Dr. Murray received his chapter’s Laureate Award in 1992 and his ACP Lifetime Achievement Award in 2005.  The ACP established the Raymond H. Murray Governor’s Award that was first awarded in 2011.  Also, there is an Endowment Fund established at Michigan State University in his honor.

Dr. Murray, a highly regarded cardiologist and researcher, died at his residence in Sarasota, FL on October 2, 2009 at age 84.  His obituary notes that he was an avid skier, tennis player, and lover of New York and Paris.  The inscription on his memorial stone simply reads, “Father, grandfather, physician, teacher, storyteller.”

Acknowledgments: This biography was prepared by Reginald Carter  with the assistance of Michelle Schabowski and submitted to the Society in September 2020. The photographs are courtesy of the IUPUI University Library Special Collections and Archives.  Information for this biography was extracted from online biographical information accessed on September 9, 2020 at https://www.lifestorynet.com/obituaries/dr-raymond-murray.52158  and at https://acpinternist.org/archives/2009/11/obituaries.htm and biographical information provided by the Michigan State University Archives & Historical Collections. 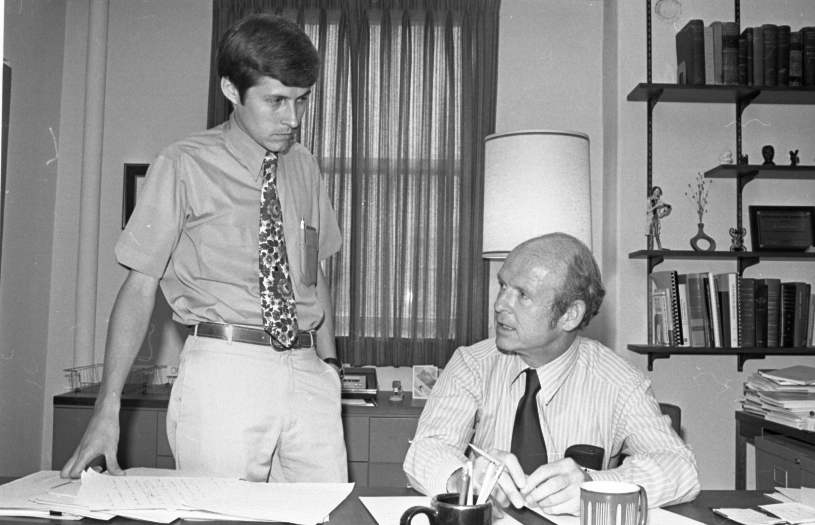