Charles L. Hudson, MD (1904-1992) was one of the first physicians to suggest that non-physician clinical support personnel be trained and used to help alleviate a growing disparity between supply and demand for health care services. At an American Medical Association (AMA) meeting in 1961, he proposed that individuals with no previous medical education be trained to perform routine clinical tasks. He pointed out that the Army and Navy had used corpsmen in similar roles and that these “laymen with relatively little training can be very efficient assistants.” By using trained assistants, physicians could be freed to handle more complex procedures or see additional patients. His “assistants to doctors” were to be drawn from the ranks of medically untrained personnel since there was already a shortage of nurses and allied health professionals. He envisioned the assistant as working under the supervision of the physician and not as an independent provider. Hudson’s address was printed as an article, “Expansion of Medical Professional Services with Nonprofessional Personnel” in the June 10, 1961 issue of the Journal of The American Medical Association (JAMA). Hudson knew that without doctors’ support, especially the AMA, his proposal would have little chance for success. During Hudson’s term of office as president the AMA, Dr. Eugene A. Stead, Jr. launched the first formal 2-year educational program to train Physician Assistants (PA) at Duke University, Durham, NC in 1965. Dr. Stead used former military corpsmen as his initial pool of students. Like Hudson, Stead envisioned the PA as a dependent provider working under doctor supervision.

Hudson was born in Merrill, MI and was the son of a general practitioner, James Harvey Hudson, MD. He was sixteen years old when he finished Saginaw High School and twenty when he graduated from Alma College, MI in 1924. Because of his young age, his father suggested that he teach high school for a few years before entering medical school at the University of Michigan. He completed medical school in 1930 and did his internship and residency at Lakeside Hospital (later to become part of the University Hospitals of Cleveland). During this time, he spent two years away at the University of Pennsylvania to supplement his training in pharmacology. He was appointed chief resident in medicine at the University Hospitals in 1934. Upon completion of his residency, he went into private practice in internal medicine in Cleveland and joined the faculty of Case Western Reserve University (CWRU).

Hudson married Ruth Strong in 1937. They had two daughters, Judith and Mary, and a son, Charles, Jr. He never left Cleveland except during World War II when he was inducted into the US Army. He served as a lieutenant colonel in the Army Medical Corps hospitals from 1942 to 1945 in North Africa, Italy and France. He received four battle stars. During his career, he served as an associate clinical professor at CWRU and as an associate professor at the Cleveland Clinic. He relinquished most of his academic duties in the 1970s. Hudson love to golf, was a Mason and elder and sang in the choir at his local church. At the time of his death he had three grandchildren.

Hudson served as a trustee of the AMA, 1961-68 and was president of the organization in 1966 during some turbulent times. One of the most decisive issues was the stipulation of state-assisted medical care via Medicare legislation. The provision was opposed by rank-and-file members of the AMA who viewed Medicare as “socialized medicine.” Hudson and other AMA leaders negotiated difficult paths that ultimately lead physicians to accept Medicare patients.

Hudson was President of the Cleveland Academy of Medicine and the Ohio State Medical Association. He served on the National Association of Blue Shield Plans, 1962-65; and the Regional Medical Program of Northeast Ohio, 1969-73. He was a life time fellow of the American College of Physicians. He served on various community boards, study committees and foundations. Alma College awarded him an honorary Doctor of Laws degree in 1976. The Ohio Association of Physician Assistants OAPA) established an award in his name in 1980 to be given to “a person who has advanced the physician assistant concept in Ohio during the past year.” For his role in promoting the training of physician assistants, the American Academy of Physician Assistants (AAPA) made him an honorary member three months prior to his death in 1992.

Hudson died in August 1992, a few days after his eighty-eighth birthday. He was buried in Saginaw Michigan near the small town of Merrill where he was born. Although he practiced in a large city, he never forgot his rural roots and through out his career advocated for improved access to health care services for the needy. His support of the physician assistant concept stemmed from that interest. In a letter sent to the AAPA in 1992, his son, Charles Hudson, Jr. refers to his father’s death and states that he had placed one of the AAPA’s lapel pins on his father’s suit. He closes by saying, “From now on there will always be a little bit of the AAPA with him, and I believe too that there will always be a little of him with you.”

Acknowledgement: This biography was written by Reginald Carter with the assistance of Charles L. Hudson, Jr. and was submitted to the Society on September 12, 2007. The photographs are courtesy of the Dittrick Medical History Center, Case Western Reserve University. The on-line Encyclopedia of Cleveland History maintained by Case Western Reserve University was a helpful resource and can be accessed at: http://ech.case.edu/ech-cgi/article.pl?id=HCLM. 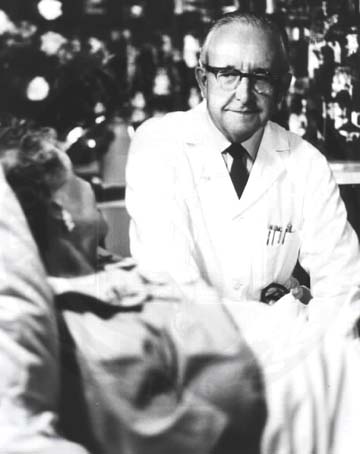