Ann Bliss was one of several nurses who played an important role in the establishment and development of the physician assistant (PA) profession nationally. In 1971, she coauthored a “White Paper on Physician’s Assistants — Looking at the Future” with Alfred M. Sadler Jr. MD and Blair L. Sadler JD, funded by the Carnegie Corporation, the Commonwealth Fund, the Macy Foundation, the Rockefeller Foundation and the Association for the Aid to Crippled Children. This policy paper set the direction for future PA funding and emerged as The Physician’s Assistant — Today and Tomorrow in 1972 – the first book written about the PA field. It received wide circulation during the decade and was revised and expanded by the authors in 1975 and published by Ballinger Press, Cambridge, MA, as The Physician’s Assistant Today and Tomorrow: Issues Confronting New Health Practitioners.

Born in Bristol, CT in 1932, Bliss received a diploma RN from the Grace-New Haven School of Nursing in 1955 and a BS from the University of Pennsylvania in 1960. She worked as a medical writer for McNeil International Pharmaceuticals 1960-1961; received a masters in social work from Bryn Mawr College in 1963 and served as a Professor of Mental Health Nursing while at SUNY Buffalo and at Niagara University 1963-1970. From 1970-1996, she was a faculty member of the Yale University School of Medicine, teaching in the Yale PA Program.

At Yale, she helped select PA students and taught them courses in personality development and psychopathology for 25 years. She advocated gender equality, a collaborative rather than a competitive role between MDs and RNs, no direct fee for service reimbursement for PAs to avoid economic conflict with MDs, broad medical faculty education, intense and diverse clinical training under MD supervision, strong psychosocial skills, stringent testing, certification and continuing education. These core goals, realized at Yale, subsequently were incorporated into national accreditation, certification and ethical standards developed for PAs and reinforced the idea that PAs would remain part of the mainstream of medicine and not become a separate, independent profession.

Bliss was perplexed when academic nursing rejected Dr. Eugene A. Stead, Jr. and nurse educator Thelma Ingles attempt to establish a collaborative advanced clinical nursing program at Duke University in the late 1950s. Her personal clinical nursing experience was characterized by collaboration and a mutually respectful working relationship with physicians. As head nurse at Yale-New Haven Hospital, she worked closely with a number of exemplar humanist physicians, among them Drs. Sherwin Nuland and Richard Selzer whose prize winning books put a human face on patient suffering. While attending the University of Pennsylvania, she worked at Hahnemann Hospital for the renowned cardiac surgeon Charles Bailey MD. In those days, prior to cardiac surgery ICUs, the patient remained on the operating table overnight to deal with any post-operative complications. During those critical hours she monitored vital signs, administered IVs, blood transfusions and intermittent positive pressure breathing (IPPB). Often a conscientious resident slept nearby on the operating room floor to help if needed. As a consequence of her collaborative teamwork with doctors, she opposed academic nurses’ insistence on practice independency from doctors during the 1960’s and 70’s, while eschewing bedside nursing in favor of “wellness care”. Thankfully, that stance has changed over time with some academic nursing centers carrying out scientific bench-to-bedside translational research and working with MDs to share in the “cure” as well as “care” of patients. Bliss believed that the advent of the PA helped nudge nursing back to its collaborative role in taking care of patients.

She served as managing editor of the PA Journal during its formative years in the 1970s. From 1973 to 1978, she served as a Yale based staff member for the Robert Wood Johnson Foundation where she promoted the funding of joint PA-NP training and expanded roles for nurses in primary care, emergency medicine and ob-gynecology. Principal colleagues at RWJF were Dr. Alfred Sadler and Terrance Keenan. In 1977, she and Eva Cohen MPH co-edited a research compendium of studies titled The New Health Professionals: Nurse Practitioners and Physician’s Assistants.

In 1996, she retired from the Yale Medical Faculty. She was an active member of the Connecticut Society of Psychoanalytic Psychologists worked in a private clinical practice of psychotherapy. She served on the PA History Society Board of Trustees from 2011 until 2014.

Bliss passed away on December 7, 2022. Click here to read her obituary, which Bliss had written herself before her passing. 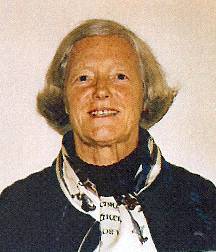 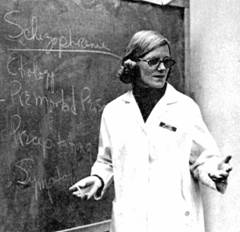