Dr. William C. Kohlhepp grew up in South Plainfield New Jersey. He completed his undergraduate work at the University of Connecticut in 1974 and enrolled in the Rutgers/UMDNJ Physician Assistant (PA) Program in 1977. To advocate more effectively for licensure of PAs in New Jersey, Kohlhepp and several of his classmates formed the Physician Assistant Student Society of New Jersey in the fall of 1977. Soon thereafter, he and Maryann Ramos, one of the few PAs working in the state at the time, started the New Jersey State Society of Physician Assistants. In October 1978, Kohlhepp testified as a student before the New Jersey State Assembly’s Institutions, Health, and Welfare Committee in support of PA Legislation.

After graduating in 1979, he moved to Connecticut but continued to fight for enabling legislation in New Jersey. He chartered a bus and organized the Connecticut contingent that participated in the “March on Trenton” in support of New Jersey PA legislation. Concurrently, he testified before the Connecticut State Legislature’s Public Health Committee in support of the initial enabling legislation for PAs in Connecticut. In 1985, Kohlhepp and one other member of the Connecticut Academy of Physician Assistants (CONNAPA) met with an Assistant Attorney General of the State of Connecticut to gain an opinion about the legality of nurses taking orders from PAs. Based on that meeting, Attorney General Joe Lieberman wrote a favorable opinion which has influenced PA practice in the state immeasurably.

Kohlhepp started his professional career as an Emergency Medicine PA at the Yale-New Haven Hospital in New Haven, CT. In 1983, he became a primary health care provider at the Community Health Care Plan in New Haven, CT, where he eventually became a manager. In 1989, he moved on to become the Operations Manager of Occupational Health Plus at the Hospital of Saint Raphael in New Haven, CT.

His recent professional activities are as follows: 1. As AAPA President, Kohlhepp traveled to the White House in 1999 to participate in the release of the first Surgeon General Report on Mental Health. 2. In 2000, Kohlhepp, AAPA Past President Ron Nelson and AAPA staff member Michael Powe met with high level officials at the Centers for Medicare and Medicaid Services to discuss the use of high level Evaluation and Management CPT Codes by PAs. Doing so would allow clinical practices to be reimbursed for services delivered by PAs, including consultations, home health care, hospital H&Ps, mental health care, treatment of fractures and performing sigmoidoscopies. In addition, PAs would be allowed to order physical therapy, hyperbaric oxygen, and restraint and seclusion. The officials responded positively to the issues of E/M codes, consults, hospital H&Ps, mental health, fracture care and outpatient PT. 3. In 2000, he testified before the Connecticut State Legislature’s Public Health Committee in support of an act allowing controlled substance prescriptive authority for PAs. The legislation was eventually adopted. 4. In 2005, Kohlhepp testified before the United States House of Representatives Subcommittee on Workforce Protections. The hearings explored amending the Federal Workers’ Compensation Act to allow clinical practices to be reimbursed when PAs provide care to injured federal workers.

Kohlhepp is well published in peer-reviewed clinical and academic journals and has co-authored three textbook chapters. He has given many invited educational, clinical and professional presentations at state and national events.

Kohlhepp has been recognized for his clinical, academic and volunteer achievements. He was the recipient of the President’s Award from CONNAPA in 1985. In the same year, he was the recipient of the Outstanding Service Award from the AAPA House of Delegates. In 1992 he received the Quinnipiac College Faculty Fund for Excellence Award. Kohlhepp was elected to the Delta Mu Delta Honor Society for Business Administration in 1995. CONNAPA recognized him again with their 1997 Leadership Award. The School of Health Related Professions at the University of Medicine and Dentistry of New Jersey acknowledged his achievements with the 1999 Distinguished Alumnus Award. CONNAPA recognized Kohlhepp’s many contributions with the 2005 Founder’s Award. He was named the 2006 PA of the Year by the AAPA Occupational Medicine Caucus. Kohlhepp became a Distinguished Fellow Member of the AAPA in 2008. In 2009 he received an Honorary Doctor of Humane Letters Degree from the AT Still University in Mesa, Arizona. He received the 2010 James Marshall Award for Outstanding Service from Quinnipiac University. The Student Academy of the AAPA awarded him the Student Academy President’s Award in 2010. For the fourth time CONNAPA recognized Kohlhepp with the 2011 President’s Award. He was inducted into Alpha Eta Honor Society for Allied Health Professionals in 2013.

Acknowledgments: This Biographical Sketch was prepared by J. Jeffrey Heinrich, PA-C, EdD and edited by William C. Kohlhepp, DHsc, PA-C and submitted to the Society on July 6, 2015. The biography was updated in January 2019. The portrait photograph is courtesy of Dr. Kohlhepp and the banner and second photographs are from the AAPA photographic collection, PA History Society, Johns Creek, GA. 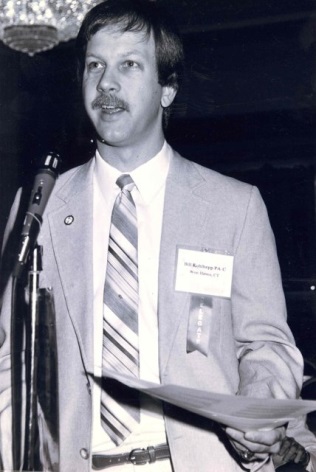 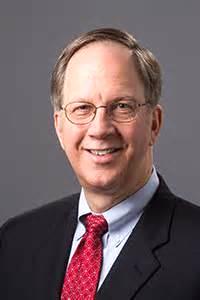