Jim Bartow is a 1971 graduate of the Duke University Physician Assistant Program and was the first physician assistant to be hired full-time to work on staff at the American Academy of Physician Assistant (AAPA). He was hired in 1977 – three years after the AAPA opened its national office in Washington, DC. Dr. Donald W. Fisher, the AAPA’s first Executive Director, hired Bartow as the organization’s convention manager. A year later, Bartow was promoted to General Manager. In this role, he helped organize AAPA “State Chapters.” He presented seminars to newly elected state chapter officers on how to develop meetings for their local memberships. The AAPA annual meeting grew from 325 attendees and 30 exhibits to 1500 attendees and 140 exhibits before Bartow departed in 1984 to become an independent consultant for managing other associations’ medical meetings.

Like many of the early PA graduates, Bartow served as a medical corpsman in the military. He enlisted in the US Air Force in 1964 and was discharged in 1966. After service, he enrolled in a new nursing program at his local community college Lansing, MI with the goal of working in the emergency room. While in the nursing program, he learned about the Duke University PA program. He immediately changed his career goals, applied and was accepted into the program in 1969. He was one of the first registered nurses to be accepted into the Duke PA Program along with his roommate Gary Phelps. Although the program’s curriculum was oriented toward primary care medicine, Bartow’s interests were in the emergency room and surgery. He worked with the program’s director of education, David Lewis, to develop a surgical specialty tract for himself.

As a PA student who was also a registered nurse, Bartow accompanied Carl Fasser, a PA who had recently joined the PA faculty, to regional medical society meetings and health care trade fairs to educate local physicians and nurses about the PA concept. He also joined classmates at Duke to form the Student Society of Physician Assistants named in honor of the Program’s founder, Dr. Eugene A. Stead, Jr.

After graduating, Bartow had very few options for employment in a surgical or emergency room setting. At the time, few surgeons knew what a PA was or what role they could play. After a brief internship at Montefiore Hospital Surgical Service in the Bronx, NY, Bartow joined the newly established PA Program at the Baylor College of Medicine in Houston, TX. He was hired to be the program’s clinical coordinator by Carl Fasser; the program’s newly appointed director. He remained there until 1974when he took a similar position with the University of Florida PA program in Gainesville, FL. While on faculty there, he took the opportunity to finish his bachelor’s degree in Health Sciences at Florida International University. At this point he decided to stop practicing clinically and to move into administration and teaching.

While in Houston, Bartow became chairman of the AAPA conference planning committee, under the direction of Carl Fasser, who was then serving as president of the Academy. Before there was a national office, the AAPA’s administrative functions were handled by the organization’s president. Bartow was asked to develop the Academy’s first”national” newsletter. Unknowingly then, Bartow had entered a new phase of his career, learning how to run a national convention for a newly merging profession. His colleagues at Baylor and Florida allowed him time to travel and learn from other health professional organizations. There were no formal educational programs for conference planners at the time so the training was “on the job.” Bartow chaired the annual conference committee from 1973 to 1977 and was also elected Secretary of AAPA for two consecutive years from 1974 to 1976. During this time, Bartow helped provide quality continuing medical educational conferences for physician assistants, thus improving PA’s stature in the medical community and their individual qualifications to provide medical care.

Bartow’s career in medical meeting management spanned 38 years until her retired in 2012. Bartow provided meeting planning services to numerous prominent medical organizations and was a member of the American Society of Association Executive Convention Managers as a Certified Planner. He was one of the first 200 to earn his CMP designation from the Convention Industry Council in 1990. As a pioneering physician assistant and for his contributions as a conference planner, the Duke University PA Program inducted him into their Alumni Hall of Fame in 2012.

Acknowledgments: This biography was written by Reginald Carter with the assistance of Mr. Bartow and submitted to the Society on October 15, 2012. The first photograph was provided by Mr. Bartow while the second photograph is from the AAPA Photographic Collection, PA History Society, Johns Creek, GA. 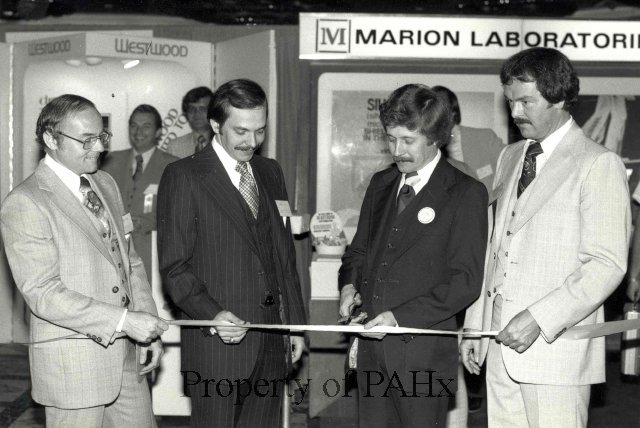