Thomas Regis Godkins served twice as the president of the American Academy of Physician Assistants, AAPA (1972-73 and 1975-1976) and was the first non-physician President (1979-1980) of the Association of Physician Assistant Programs, APAP (now the Physician Assistant Programs Association, PAEA). He was a founding member and fellow of the AAPA and served as the first newsletter editor. During his first term as president of the AAPA, the organization became more inclusive, opening its membership to MEDEX graduates and negotiating a merger with the American College of Physician Assistants. By becoming a “single voice” for the PA profession, the AAPA request to become a member of the Joint Review Committee for the accreditation of PA Programs (JRC-PA) was approved. During his second term as president of the AAPA, Godkins led an effort to overhaul the organization’s structure to put it on a better financial footing. Bylaw changes were made to form a House of Delegates (HOD) as the policy-making body of the AAPA. Working closely with the National Commission on Certification of Physician Assistants (NCCPA), the Academy assumed responsibility for accrediting, logging and reporting CME hours of NCCPA certificate holders. During this time the AAPA developed position statements on the use of unlicensed foreign medical graduates as PAs in the United States, the commissioning of PAs in the Armed Forces, enhancing prescriptive practices, support for National Health Insurance, and peer review for establishing competency standards. He was the first PA to testify before the US House of Representatives which paved the way for the eventual reimbursement of PAs under Medicare.

Godkins was born in Pittsburgh, Pennsylvania on January 5, 1944. He served as a US Navy Corpsman from 1964-1967, with his last duty being to the U.S. Naval Hospital in Portsmouth, Virginia. He graduated from the Duke Physician Assistant Program in 1969. He received a Master of Public Health Degree from the University of Oklahoma following undergraduate work at Youngstown, Duke, and Oklahoma. He was the first PA to be employed by the Mayo Clinic in Rochester, Minnesota and was their first formally trained PA to be placed in a satellite clinic.

Godkins served on the faculty of the University of Oklahoma Health Sciences Center (OUHSC) for 35 years with the faculty rank of Tenured Associate Professor in the Department of Family Medicine and Dentistry. Along with William Stanhope and Roger Whittaker he helped establish the Oklahoma University PA Program serving 10 years as the program’s Associate Director. During that time he pioneered the use of simulated patients within both the OU PA program and the medical school. He served as a consultant to a number of emerging and newly formed PA programs. Godkins was also active in community affairs serving on the State Board of Medical Examiners Advisory Committee for PA’s ad the Oklahoma Heart Association. Recognizing his exceptional organizational abilities he was recruited from the PA Program by the Health Sciences Provost and for the next 25 years, Godkins served the central administration as Assistant Provost, Director of Capital Planning, and Associate Vice President for Facilities Management. He practiced clinically for 15 years, at Mayo Clinic and as a member of the cardiology service at the Veterans Administration Medical Center in Oklahoma City. He served While in University administration, he continued to serve on the PA Program Admissions Committee and taught the history of the PA profession.

He married Lois Weinheimer on December 26, 1967 and together they raised two children. After retiring, Godkins enjoyed spending time with family and friends at Grand Lake. Godkins died June 28, 2010 at his home in Afton, Oklahoma. 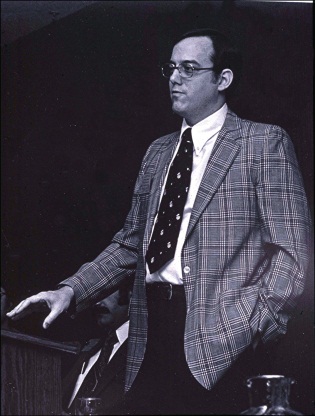 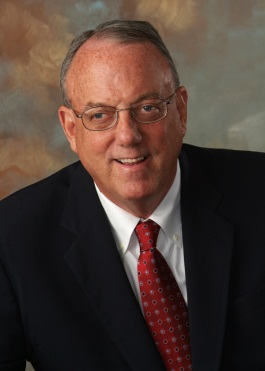