Roger Whittaker served as president of the AAPA in 1976 and 1977. During his term of office the first Constituent Chapter workshop was held in Kansas City, MO to develop PA leaders and provide them legislative advocacy experience. This was accomplished with the help of the staff of the American Academy of Family Physicians who had been involved in this type of activity for many years. Along with Thomas Godkins, he led the effort to create the AAPA House of Delegates, and spearheaded the needed bylaws revisions to do so. The seating of the first House of Delegates occurred at the annual meeting held in Houston, TX. The joint AAPA-APAP National Office moved to Arlington, VA, next to the national airport and with easy access to the Capital and other major federal offices by the new subway system. There was a 100 percent increase in membership during his term which improved the organizations financial base. Efforts were intensified to expand third party reimbursement for PAs.

Whittaker was trained as a surgical technician in the U.S. Navy and worked in California as a civilian surgical technician at the University of California, San Francisco, where he met Dr. George Stevenson, a neurosurgical resident at the time. When Stevenson entered private practice, he recruited Whittaker to work with him in Redding, California. Whittaker was an excellent surgical technician and served as Stevenson’s first assistant. Using the skills and training he received while assigned to the Marines as a Navy Corpsman, he would often fly from Redding by air ambulance to pick up seriously injured head trauma patients, stabilize them and bring them back to Redding for surgery. A hospital in Redding took exception to the use of a non-physician to first assist and instigated a suit by the district attorney against Whittaker and Stevenson. Shasta County vs. Whittaker (1966) became a landmark case regarding the use of non-physicians to assist with surgical and medical tasks. Dr. Eugene Stead was invited to testify on behalf of Stevenson about the use of non- physicians (such as PAs) to extend health care services. Stevenson and Whittaker were acquitted on two but found guilty on one of the charges brought against them. They were given light probationary sentences and charge a nominal fee. No patient had been harmed and neither Stevenson’s nor Whittaker’s capabilities were ever called into question. Stevenson appealed the case all the way up to the California’s Supreme Court but failed in his efforts. He remained in Redding practicing neurosurgery for another thirty years. Whittaker left California shortly after the trial to enroll in the Duke University PA program. He was invited to do so by Dr. Eugene A. Stead, Jr., the program’s founder.

Whittaker graduated from the Duke University PA Program in 1969, and earned his Bachelor of Science from Alderson-Broaddus College in 1970. After graduation from Alderson-Broaddus Whittaker worked in occupational medicine for Western Electric. Two years later, he joined classmate William Stanhope, founding program director of the new University of Oklahoma PA Program, who recruited him as Associate Director for Clinical Studies. Initially based at the Muskogee VA hospital Roger split his time between the surgical department and administrative functions where he was responsible for recruiting a cadre of graduate PA’s who were involved in proving the concept that PA’s could function as house officers on both medical and surgical services. As a result of that administrative experience Roger worked closely with the VA’s Central Office in developing administrative policies and revising the VA’s PA compensation system. Roger earned the respect of colleagues and patients for his expertise in the management of hypertension, and received a 20 year commendation from the Oklahoma City VA Hospital.

When he died of cancer at age 49, many of his patients honored his memory by attending his funeral, where he was awarded the Meritorious Service Medal from the Oklahoma National Guard. He is survived by wife, Charlene, and daughter, Holly. He was an early leader in the PA profession who left a legacy of leadership, friendships, and lasting contributions to the success of the physician assistant profession.

Acknowledgments: This Biographical Sketch was prepared by Reginald Carter and William Stanhope and submitted to the PA History Society on October 1, 2012. The banner photograph and third and fourth photogrpahs are courtesy of the PA History Society. The second photograph is courtesy of Record-Searchlight, Redding CA., and was taken December 22, 1966.

For more on the Shasta County vs Whittaker Trial click here. 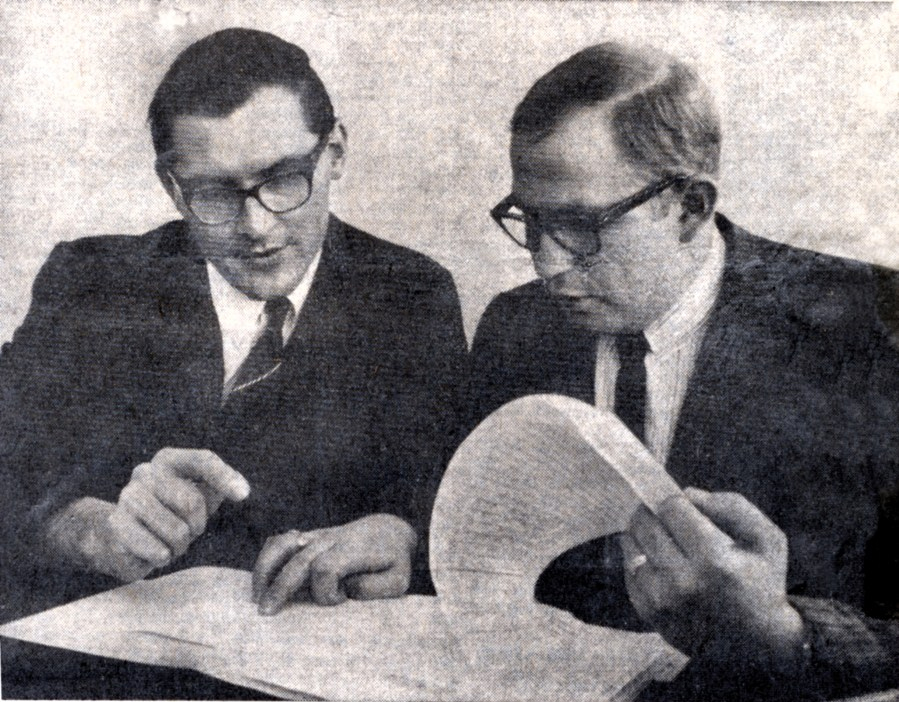